EU’s Everything But Arms initiative is impoverishing Cambodian farmers: Trade scheme must be reformed to safeguard human rights 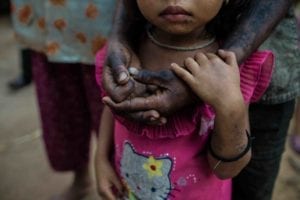 The report, Bittersweet Harvest, assesses the human rights impacts of the EU’s ‘Everything But Arms’ (EBA) trade scheme in Cambodia.

The European Commission adopted the EBA initiative in March 2001, granting preferential access to the European market for all products except arms and ammunitions from all countries classified by the United Nations as ‘least developed’.

While the EBA scheme is intended to benefit the poor through job creation from export-led growth, the case of Cambodia’s rapidly expanding sugar industry tells a different story. In recent years, there has been a surge in forced displacement of rural and indigenous communities resulting from large-scale land concessions for agro-industrial development. Sugar companies, which invested in Cambodia to take advantage of the lucrative European trade preferences, have been among the worst offenders.

Against this backdrop, Equitable Cambodia and Inclusive Development International, in conjunction with the Hands off the Land Alliance, conducted an independent human rights impact assessment of the EBA initiative in Cambodia, focusing on the sugar sector. The assessment is based on interviews with over 275 people, including local officials, human rights workers, community leaders, and smallholder farmers from Koh Kong, Kampong Speu and Oddar Meanchey provinces who have been impacted by EBA-driven industrial sugar development.

The assessment finds that, in the absence of effective human rights safeguards, Cambodia’s policy of granting large-scale land concessions to private investors for agro-industrial development and the EU’s policy of granting preferential tariffs to spur such investment in least developed countries both carry risks of devastating human rights impacts. These risks have materialized in forced evictions and land seizures that have been part and parcel of the development of Cambodia’s sugar industry.

Police and state security forces have carried out arbitrary arrests and detentions and used physical violence at the behest of sugar companies against local communities attempting to defend their land. One community activist was found axe murdered in Koh Kong after documenting and actively protesting the evictions. At least two villages were totally destroyed and more than 11,500 hectares of rice fields and orchards belonging to over 2000 families was seized. Thousands more hectares of community forest and environmentally protected areas were also destroyed to make way for the sugar plantations. Many families suffered the destruction of their crops, livestock and personal possessions. More than 1000 men, women and children were left homeless.

As a result, after the forced evictions, affected people suffered a severe rollback in their enjoyment of basic human rights, including the rights to adequate food, water and housing, as well as the right to work, the right to education and the right to health. In some cases, the evictions led to extreme hunger and possibly starvation. Many of the families who lost their land have had no choice but to work on the sugar plantations, where work is irregular, conditions are poor and pay is generally insufficient to enable most households to make ends meet.

Dispossessed of their means of subsistence, many families have been forced to send their children to work for the sugar companies. The assessment found that child labor was rife on all the plantations. It documented 85 children, some as young as 8 years old, doing often hard and dangerous work on the plantation in Koh Kong province that supplies UK refiner Tate & Lyle Sugars.

“The impacts that we have documented in Cambodia betray the fundamental purpose of Everything But Arms and the commitments that the EU has made to uphold human rights in its trade policy,” said Eang Vuthy, executive director of Equitable Cambodia.

“I am sure that this is not what European policy-makers intended when they adopted the EBA agreement over a decade ago. They pledged to make poverty history, but they have made it much worse for many families in my country with the type of investment that EBA promotes. The EU should be doing these sorts of assessments so they can see the real impact of their policy,” he added.

“Decades of experience around the world have shown that increased investment and trade can bring about greater prosperity for people but they can also wreak havoc on local communities and the environment unless adequate safeguards are put into place to prevent abuses and promote economic justice,” said David Pred, managing associate of IDI.

“The EBA initiative has no such safeguards. It just cuts a blank check to any company that sets up shop in a poor country and ships their goods to Europe. This means that the EU is very likely subsidising a lot of bad behaviour, and not just in Cambodia but in other EBA beneficiary countries as well,” he added.

The report concludes that preferential market access for producers in the world’s poorest countries could be a positive force for development with human rights if some basic reforms to EBA were enacted. In particular, IDI and Equitable Cambodia recommend that the EU conduct due diligence on all exporters seeking to benefit from the trade preferences to ensure that they uphold core human rights standards.

The EBA arrangement should be modified to enable the EU to blacklist any company that violates these international norms.

“It should be a no-brainer that firms that grab people’s land, destroy their homes and forests and employ their children should not be rewarded with special trade privileges,” said Pred.

“We call upon EU policy makers to put these common sense reforms into place.”