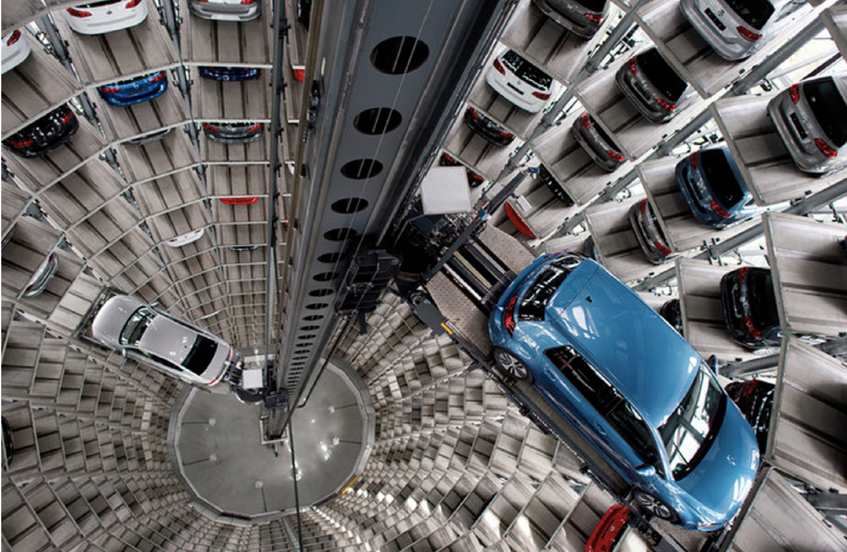 Automobile companies need to do more to address abuses in their aluminum supply chains and the bauxite mines they source from, said Inclusive Development International and Human Rights Watch in a joint report released today. Car manufacturers used nearly a fifth of all aluminum consumed worldwide in 2019 and they are forecast to double their aluminum consumption by 2050 as they transition to electric vehicles.

Although many of the world’s leading car companies have publicly committed to addressing human rights abuses in their supply chains, they have done little to evaluate and address the human rights impact of aluminum production. They have instead prioritized supply chain due diligence for other materials central to electric vehicles, such as the cobalt needed for electric batteries.

The 63-page report by the two organizations, “Aluminum: The Car Industry’s Blind Spot – Why Car Companies Should Address the Human Rights Impact of Aluminum Production,” describes the global supply chains that connect car manufacturers to mines, refineries, and smelters from countries including Guinea, Ghana, Brazil, China, Malaysia, and Australia.

Based on meetings and correspondence with nine major car companies – BMW, Daimler, Ford, General Motors, Groupe PSA (now part of Stellantis), Renault, Toyota, Volkswagen, and Volvo – Human Rights Watch and Inclusive Development International assessed how the auto industry addresses the human rights impacts of aluminum production, from the destruction of farmland and damage to water sources caused by mines and refineries to the significant carbon emissions from aluminum smelting. Three other companies – BYD, Hyundai, and Tesla – did not respond to requests for information.

“Car manufacturers see aluminum as a critical material for the transition to fuel-efficient vehicles,” said Jim Wormington, senior Africa researcher at Human Rights Watch. “They should use their ever-increasing purchasing power to protect the communities whose land and environments are harmed by the aluminum industry.”

Because they involve surface level mining, bauxite mines take up a large area, often destroying farmland that underpins the livelihoods of local communities. Bauxite mines can also have a devastating impact on rivers, streams, and groundwater sources that communities rely upon for household consumption and irrigation.

In Guinea, a West African country with the world’s largest bauxite deposits, a government study forecast in 2019 that over the following 20 years a bauxite mining boom would remove 858 square kilometers of agricultural land and destroy more than 4,700 square kilometers of natural habitat, an area six times bigger than New York City. Approximately 80 percent of residents in Guinea’s bauxite mining region rely on agriculture for their livelihoods.

Kounssa Bailo Barry, a Guinean farmer and activist, estimated in January 2021 that a bauxite mine owned by a joint venture of the multinational mining giants Rio Tinto, Alcoa, and Dadco had destroyed 80 percent of his village’s farmland. “Everything about Fassaly that made it a village is gone, and we don’t benefit from what caused it,” he said. Inclusive Development International is currently accompanying Barry’s village and 12 other communities in a mediation process with the mining company to try to secure redress for the harm it has caused.

Refining bauxite into alumina produces large amounts of red mud, a highly hazardous material that, unless treated and stored properly, can pollute waterways and harm people who come into contact with it. In Brazil’s Pará State, a nongovernmental organization representing more than 11,000 people is suing a bauxite mine, a refinery, and an aluminum smelter over the alleged contamination of waterways in the Amazon basin.

Producing aluminum is very energy intensive and most aluminum producers rely on coal power, a high-carbon, high-polluting fuel. In China, which dominates global aluminum smelting, 90 percent of aluminum was produced with electricity from coal power in 2018. Aluminum production is responsible for more than one billion tons of CO2 equivalent annually – about two percent of global greenhouse gas emissions.

ASI’s human rights standards, however, lack adequate detail and do not provide specific criteria to assess how well companies respond to key human rights issues, such as the resettlement of communities displaced by mining. ASI also needs to provide stronger guarantees for communities to participate in the audit process and more transparency over audit results.

Some car companies have, since being contacted by Human Rights Watch and Inclusive Development International, taken steps to make aluminum a higher priority for responsible sourcing. Drive Sustainability, a coalition of 11 car companies that includes BMW, Daimler, Ford, Toyota, Volkswagen, and Volvo, initiated a project in May to assess the human rights risks inherent in aluminum production and nine other raw materials, which could pave the way for collective engagement by car companies with aluminum producers.

In January, Drive Sustainability also wrote to The Aluminum Association, an association of dozens of aluminum producers, “to express concern about the situation in Guinea,” solicit information on members’ human rights due diligence efforts, and express support for the mediation between communities and the Rio Tinto, Alcoa, and Dadco-backed bauxite mine.

“These positive steps should just be the start of a wider effort by the car industry to address the human rights impact of aluminum production,” said Natalie Bugalski, legal and policy director at Inclusive Development International. “Car companies should require mines, smelters, and refineries to respect strong human rights and environmental standards and make sure there are consequences if they don’t.”