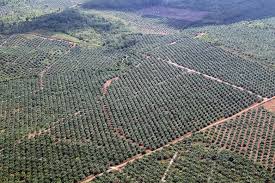 (July 25, 2018) - Commercial banks that were lining up to join a $1.5 billion syndicated loan for the palm oil giant Wilmar International are apparently reconsidering the deal due to concerns about land grabbing and other human rights abuses connected to the company’s investments in Liberia. Communities affected by the Maryland Oil Palm Plantation in southern Liberia have called on banks to refrain from joining the loan unless Wilmar commits to remedial action to address their grievances.

The community's letter is available here.