Following the imprisonment of 15 community land rights activists, more than 125 Cambodian and international NGOs, unions and community groups have cautioned the World Bank that any resumption in new lending to the Cambodian government would send a dangerous signal. Our letter to World Bank Robert Zoellick and President-elect Jim Yong Kim is printed below. 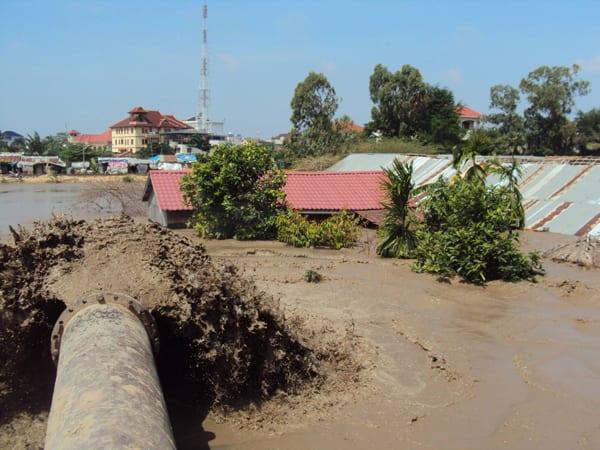 It has recently come to our attention that the World Bank is considering ending its suspension of new loans to the Royal Government of Cambodia (RGC) and preparing an Interim Strategy Note to facilitate new lending. We, the undersigned organizations, write to express our deeply held view that, despite some positive developments regarding the Boeung Kak lake case, now is the wrong time to end the suspension. Doing so would not only risk undoing gains made, but would also send a dangerous message to the RGC in light of the spate of recent killings and unwarranted jailing of activists, including Boeung Kak community leaders. We believe that these appalling events call not for reward and the injection of more funds, but rather a coordinated and public condemnation by the international community, including the World Bank.

The past month has seen a series of shocking and inexcusable events in Cambodia. On April 26th, Chut Wutty, a tireless environmental activist was shot dead by armed forces after taking two journalists to a logging area in Koh Kong province. On May 16th, Heng Chantha, a 14-year old girl was killed by a soldier during a brutal forced eviction of a village in Kratie province.

On May 22nd female residents of Boeung Kak staged a peaceful demonstration on the sand dunes that cover what was once a village on the shores of the lake. The demonstration followed thwarted efforts by one family to demarcate the boundary of their home, which had been submerged in sand during the filling of the lake. Whilst singing about their plight, the protesters were surrounded by a mixed force of military police, anti-riot police and district guards, who used violence to break up the demonstration and then arrested 13 women, including a 72-year old. A video clip of these events is available at this link: http://www.licadho-cambodia.org

On May 24th the women were convicted by the Phnom Penh court on baseless charges of inciting others to take land illegally and obtaining land illegally. Seven of the women were sentenced to two years and six months in prison, five were sentenced to two years and the 72-year old woman, Nget Khun, was sentenced to a term of one year. During the trial, the police arrested two more Boeung Kak community representatives who were prepared to testify as witnesses for the 13 women on trial.

We respectfully appeal to you not to authorize re-engagement by the Bank with the RGC under these circumstances and to continue the suspension until a more strategic and judicious moment for engagement arises.

We regard the issuance of land titles to 631 Boeung Kak families earlier this year following the Prime Minister’s sub decree granting the remaining residents 12.44 hectares of land around the former lake as a significant human rights victory. We understand that the principled stand taken by the World Bank following the Inspection Panel’s findings of non-compliance with operational policies during the design and implementation of the Land Management and Administration Project played an integral part in achieving this outcome. We applaud the bold leadership of the President in this situation and consider this wise decision-making to have contributed in no small part to the legal security and piece of mind that these 631 Cambodian families now enjoy.

Yet, we remain deeply concerned about the 3500 Boeung Kak families, who had already reluctantly accepted the inadequate compensation package and left their lakeside homes under extreme duress, and who now suffer severe hardship trying to make ends meet each day. We are also concerned about the 94 families that have been excluded from the benefits of the Prime Minister’s sub decree and remain under the threat of forced eviction. Together these families represent an estimated 85 percent of all Boeung Kak residents who submitted the Request to the World Bank Inspection Panel.

We are aware that there may be some entry points for UN-HABITAT to support these displaced and excluded families. We urge the World Bank to take all possible action to facilitate this support, including through high-level dialogue with relevant agencies and provision of financing for remedial action. We also note that there may be other organizations in a position to operationalize aspects of the Bank Management’s January 2011 Action Plan, including financing measures that respond to the needs of tenure insecure and resettled communities from the Boeung Kak area (at para 76, Table 1). The Bank should not passively accept the lack of progress in supporting displaced and excluded groups to date as a fait accompli. Rather, it should proactively work to identify possible interlocutors to remedy harm done, and as Bank Management itself commits to do, “make every effort to implement the Action Plan” (at para 78). If necessary, this should entail the provision of unilateral Bank support to displaced families through a trust fund and administered through an NGO or other agency.

The community itself has appealed to you, President Zoellick, to ensure a fair resolution for the displaced and excluded families before the Bank provides any further financing to the RGC. The public statements made by Bank representatives in August 2011 have led the community to believe that this would be the case. We note that Country Director Annette Dixon stated at the time: “Until an agreement is reached with the residents of Boeung Kak Lake, we do not expect to provide any new lending to Cambodia.”

The World Bank lending freeze provided a powerful boost to the community’s five-year struggle, which has become an inspiration to marginalized communities throughout Cambodia facing dislocation from their homes, land and the natural resources that they depend upon for survival. We believe that re-engaging now, particularly following the unlawful arrest and imprisonment of Boeung Kak community leaders, would send a dangerous message of approval to the RGC and undermine the community’s hope that they will not be left alone in their stand against the powerful forces of injustice.

Commitments made by the World Bank, either privately or publically, should not be reneged upon, or else the credibility of the Bank and its commitment to its safeguard policies and contractual requirements on borrowers to respect them will be seriously undermined. Conversely, we believe that if the Bank maintains the freeze until a comprehensive agreement is reached with the Requesters, and the brave human rights defenders of Boeung Kak Lake are released from prison, it will contribute immeasurably to the twin long-term goals of a more just and equitable Cambodian society and a more accountable World Bank.

Feel left out?  You can still sign the open letter!  Just email [email protected] with your organization’s name and nationality.