Share on facebook
Share on google
Share on twitter
Share on linkedin
The 2014 Consolidated Appropriations Act, approved by the US House of Representative, directs the US executive director to the World Bank to report regularly to Congress “on the steps being taken by the World Bank to provide appropriate redress for the Boeung Kak Lake families who were harmed by the Land Management and Administration Project, as determined by the World Bank Inspection Panel.” 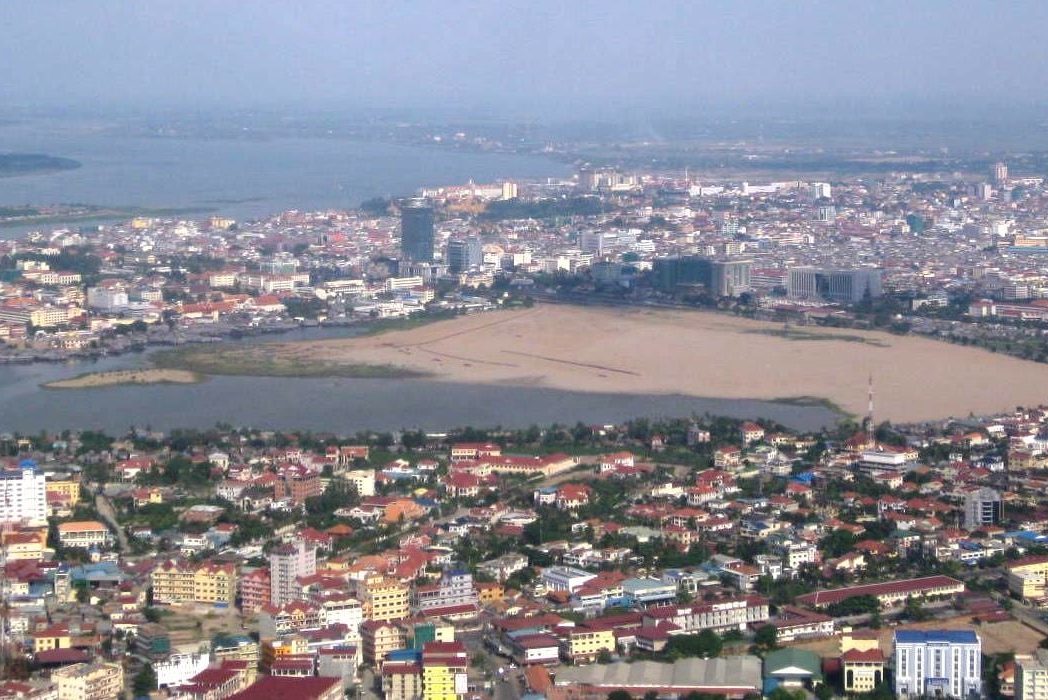 (Phnom Penh) – The Boeung Kak Lake community in Cambodia’s capital Phnom Penh, and others around the world who are fighting for justice from international financial institutions, won a major political victory from the United States Congress on Wednesday.

The 2014 Consolidated Appropriations Act, approved by the US House of Representative, requires “the United States executive director of each international financial institution to seek to ensure that each such institution responds to the findings and recommendations of its accountability mechanisms by providing just compensation or other appropriate redress to individuals and communities that suffer violations of human rights, including forced displacement, resulting from any loan, grant, strategy or policy of such institution.”

The political boost from Congress comes amidst a deteriorating human rights situation in Cambodia, including arrests and detention of community activists who, in 2009, complained to the World Bank Inspection Panel.

After an 18-month investigation, in 2011 the Bank’s internal watchdog found that a Bank-assisted land-titling project unfairly denied the Boeung Kak families adjudication of their land rights and made them more vulnerable to displacement. Over 4000 families living around the iconic lake have been battling forced eviction since the Municipality of Phnom Penh illegally leased their land to a private developer closely connected to senior government officials in 2007 and began filling the lake, causing their homes to be flooded.  The community has sought reparations from the World Bank, in accordance with its resettlement policy, but the Bank has stated that its hands are tied due to the Cambodian government’s refusal to cooperate.

In response to the Appropriations Act, Tep Vanny, community leader of Boeung Kak said: “We are very grateful for the solidarity of the American people and we hope that the World Bank will take notice. It is time to resolve our case once and for all, because our people have suffered long enough.”

Ee Sarom, Executive Director of Sahmakum Teang Tnaut said: “We are hopeful that now that the US Congress has weighed in, the Bank will do what it promised four years ago.”

David Pred, Managing Associate of Inclusive Development International (IDI), said: “When the Bank’s management scrapped its remedial action plan and stopped reporting to the Board about it, they seemed to have thought they could brush the Boeung Kak case under the carpet and quietly go back to business as usual in Cambodia.  Now they will need to think twice, because the Bank’s largest shareholder has just made it the law of the land that the United States will use its influence to ensure that these public financial institutions stop denying victims their right to an effective remedy.

Sia Phearum, Secretariat Director of the Housing Rights Task Force (HRTF), said:  “In our last meeting with Phnom Penh Governor Pa Socheatevong on January 6th, he said that the Municipality was ready to collaborate with the World Bank and UN Habitat to find a solution for the Boeung Kak families.”

Eang Vuthy, Executive Director of Equitable Cambodia, said: “The Bank should start by working with Phnom Penh City Hall to conduct a social needs assessment of the displaced Boeung Kak families and put in place a rehabilitation program for them to get back on their feet.  It should also work with the government and UN Habitat to secure the property rights of all remaining families and help them upgrade their housing and infrastructure so that they can live in dignity, without fear of eviction in the future.”

In 2011 the World Bank Inspection Panel found that more than 4000 families living around Boeung Kak Lake had been denied due process and safeguards under the Bank-financed Land Management and Administration Project (LMAP), and that these omissions contributed to the “grave harm” that the families suffered. After the families’ claims to the land were denied en masse, despite documented evidence by many of the families of ownership rights, they were subjected to forced eviction from their homes in the Boeung Kak lake by a private developer holding an illegal 99-year lease over the 133 hectares of inner-city real estate.

The Bank responded to the Inspection Panel report by proposing to: a) undertake a social impact assessment on the affected communities in the BKL area and in other Project provinces; b) prepare a mitigation plan for poor and vulnerable affected groups and develop economic opportunities; c) provide a set of protection measures to the affected people in line with what they would have received under the Bank’s resettlement policy; and d) assist Government efforts to evaluate options to mitigate adverse environmental impacts from the filling of Boeung Kak Lake.

When the Bank failed to secure the cooperation of the government in implementing its action plan, it instituted a moratorium on new lending to the country. Country Director Annette Dixon stated at the time: “Until an agreement is reached with the residents of Boeung Kak Lake, we do not expect to provide any new lending to Cambodia.”

Within a week of the Bank’s announcement, Cambodian Prime Minister Hun Sen issued a decree granting title to some 700 families remaining at the site.  However, at least 61 remaining families were excluded from the deal, and since 2008 nearly 3500 families were displaced from their homes in the Boeung Kak area after accepting inadequate compensation under extreme duress.  Many of these families have experienced severe adverse impacts from the eviction, including impoverishment.

Despite its public commitment and the failure to secure a remedy for the majority of the BKL families, the Bank recently announced its intention to lift its lending freeze in Cambodia.  It stopped reporting to the Board on the progress of its remedial action plan in July 2012, citing the Cambodian government’s “decision to work on many of the actions described without Bank involvement.”

The 2014 Consolidated Appropriations Act requires the US executive director to the World Bank to report to Congress on the steps being taken by the Bank to provide “appropriate redress” to the Boeung Kak community.  The Act refers to a report of the Senate Appropriations Committee, which states that “appropriate redress” shall include “the provision of legal security of tenure to the 61 families remaining in the Boeung Kak area who have been excluded from receiving land titles; clear demarcation of the developer’s concession and the area reserved for the community; and the establishment of livelihood programs for those forcibly evicted from the Boeung Kak area, in accordance with the World Bank Policy on Involuntary Resettlement.”

The Senate Report is available here.

The Bank’s Response and Recommendation is available here.

Joint Media Statement on BKL and the Consolidated Appropriations Act