Twelve indigenous communities in Cambodia’s northeastern province of Ratanakiri scored a major victory today when the government announced it was returning to them 20 spirit mountains and dozens of other spiritually significant areas that had been grabbed by the Vietnamese agribusiness giant Hoang Anh Gia Lai (HAGL). 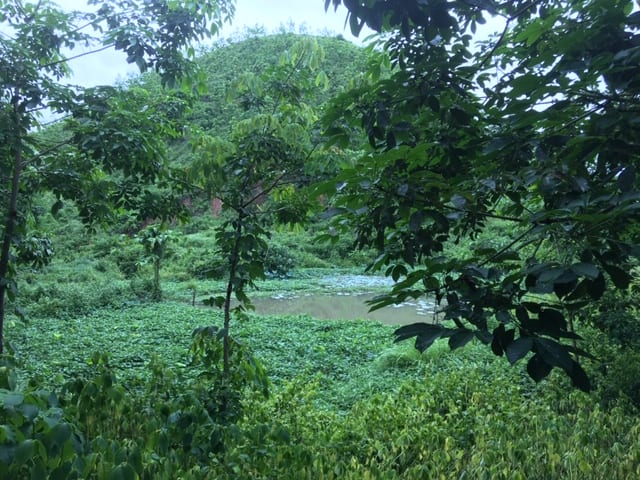 (Banlung) – Twelve indigenous communities in Cambodia’s northeastern province of Ratanakiri scored a major victory today when the government announced it was returning to them 20 spirit mountains and dozens of other spiritually significant areas that had been grabbed by the Vietnamese agribusiness giant Hoang Anh Gia Lai (HAGL). The communities have been embroiled in a decade-long land conflict with HAGL since their ancestral lands were granted to the company to develop large-scale rubber plantations.

At a ceremony today convened by the provincial government, the governor of Ratanakiri officially requested that the Agriculture Ministry cut out 64 disputed areas, including spirit mountains, wetlands, traditional hunting areas and burial grounds “for the indigenous people to practice their beliefs, cultural traditions and to support their livelihoods.”

The government’s decision to return community land resulted from a dispute resolution process convened by the Compliance Advisor Ombudsman (CAO), the independent watchdog of the World Bank’s International Finance Corporation, after the communities filed a complaint with the mechanism in 2014.

While the communities praised the government’s decision, they also filed a new complaint with the CAO last week, citing new financial ties between IFC and the company. The communities lodged the second complaint because HAGL unilaterally pulled out of the CAO mediation process before reaching a final agreement with them on issues of land and water rehabilitation and compensation for damages. The communities are calling on HAGL to return to the negotiating table to resolve these issues.

“We are very happy for our ancestors that we are getting back our sacred lands,” said Sev Seun, a community representative from Kak village.  “But our struggle will not end until the company restores the forests and streams that it destroyed and compensates our communities for all that we have suffered.”

The communities are being represented in the complaint by three Cambodian and indigenous people’s organizations – Equitable Cambodia, Highlanders Association and Indigenous Rights Active Members – and the global human rights organization Inclusive Development International.

“The IFC must finally be held accountable for the role it has played in the human rights and environmental disaster that has unfolded in Ratanakiri over the past decade,” said David Pred, Executive Director of Inclusive Development International.  “This complaint is fundamentally about the IFC’s reckless investments in commercial banks and private equity funds that refuse to respect its environmental and social requirements, and its systematic failure to conduct oversight over what these institutions do with our public money.”

The 2014 complaint related to the IFC investment in Dragon Capital’s VEIL fund, which bankrolled HAGL’s agribusiness ventures in Cambodia and Laos.  In 2016 and 2017, IFC bought equity stakes totaling $125 million in two other Vietnamese financial institutions, TP Bank and VP Bank.  The banks then went on to provide financing of more than $200 million dollars to HAGL, specifically to fund its rubber plantations in Cambodia, despite the pending complaint with the CAO.

The new 117-page complaint provides extensive evidence of environmental and human rights violations resulting from HAGL’s wholesale clearance of intact forests, waterways, pastures, orchards, spirit forests, graveyards and other sacred areas belonging to indigenous communities in Ratanakiri.  The communities are particularly concerned about the loss of reserved land for practicing shifting cultivation, their traditional form of agriculture, and declining soil fertility on their current farming land if they are unable to shift to other areas. These cumulative losses have seriously eroded the communities’ sovereignty over their land and system of food production and consumption, which is deeply interconnected with their identity and way of life.

“HAGL must respect its past commitments to the affected communities and resolve their outstanding grievances,” said Eang Vuthy, Executive Director of Equitable Cambodia.  “The problem won’t end until HAGL repairs all the damage it caused, so we hope that IFC’s clients will encourage them to come back to the mediation table.”