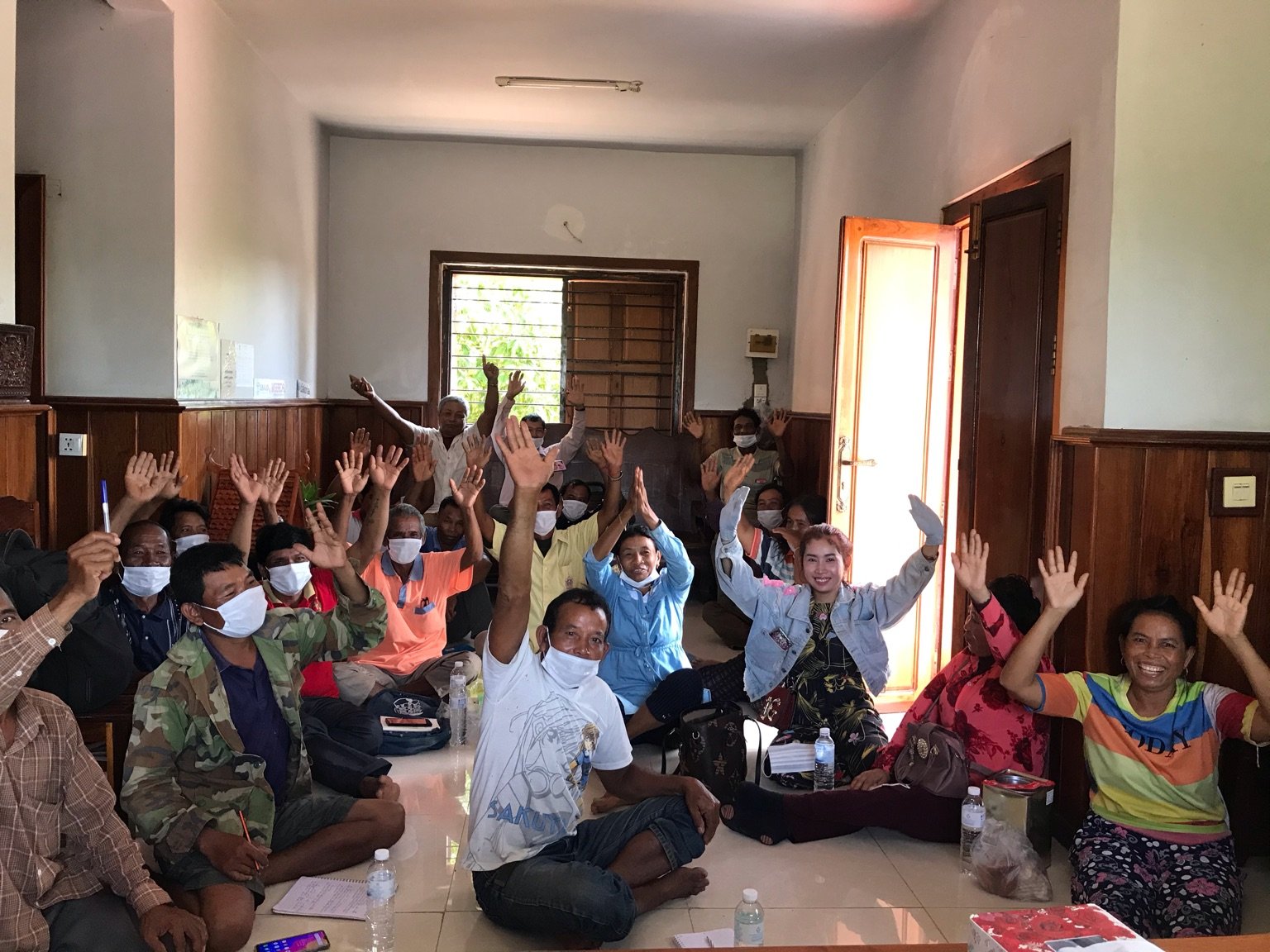 The transboundary class action Hoy Mai & Others vs. Mitr Phol Co. Ltd. is the first of its kind in Southeast Asia.  It was filed under Thai laws permitting a class action to be brought by foreign plaintiffs for abuses committed by a Thai company overseas.

The complaint accuses Mitr Phol of complicity in the forcible displacement of the families to clear the way for an industrial sugarcane plantation in rural northwestern Cambodia.  Between 2008 and 2009, the families’ land was seized, their crops were looted, and their homes were demolished and burned. Some of those who sought to defend their rights were jailed.

The affected communities have been fighting for justice ever since. In 2015, the Thai National Human Rights Commission found Mitr Phol responsible for the land grab and called upon the company to “correct and remedy the impacts.” So far, Mitr Phol has steadfastly refused to provide any form of compensation to the Cambodian families whose lives it destroyed.

The decision recognizing class status, which was delivered today by the Bangkok South Civil Court, allows the families to bring the case as a group, ensuring access to justice and preventing the laborious and costly process of bringing hundreds of individual lawsuits.

“Today’s win marks a huge step forward for the plaintiffs and all the people affected by the evictions. The voices of those who have been harmed can now be heard.  The court’s decision shows that access to justice is possible, and that their decade-long fight has not been for nothing,” said Eang Vuthy, Executive director of Equitable Cambodia.

For Thailand and the region, the decision changes the legal landscape, providing that class action legislation can be used in transboundary cases and to protect some of the region’s most vulnerable people.

“The importance of this legal precedent cannot be overstated,” said Natalie Bugalski, Legal Director for Inclusive Development International.  “This is a David vs Goliath case that will redefine access to justice for the victims of corporate abuse in Southeast Asia and beyond.”

It is also a key test of corporate accountability. Mitr Phol is the biggest sugar supplier in the region and has counted some of the world’s largest consumer brands, including Nestle, Coca-Cola, Pepsi, Mars Wrigley and Corbion, as past and current customers.  While Coca-Cola took initial steps to investigate the allegations against Mitr Phol, it failed to use its leverage to compel the company to provide redress to the victims in Cambodia.  Instead, in 2018, Coca-Cola informed Inclusive Development International that it no longer sourced sugar from Mitr Phol. It has never reported the termination of the supply relationship publicly.

Mitr Pohl is also a member of the sugar industry’s “sustainability” certification body Bonsucro, which is under scrutiny by the UK National Contact Point for the OECD (a government body that monitors the operations of British businesses overseas) for failing to hold Mitr Phol accountable for its abuses against these communities.

For the families represented in this lawsuit, it has been a decade-long battle for justice.

“As a representative of the people in Oddar Meanchey province, I am very happy with this result, I hope to get justice in the future. We will all continue to fight until the end.” said Hoy Mai following the decision on Friday.

“I applaud the Thai court for supporting the Cambodian people in Oddar Meanchey by deciding that our case is a collective one,” he said. I hope we, the victims, get justice. According to the results, it is a new hope for our struggle going forward.” Said Smin Tit, affected community representative.

Learn more about this case here.