Indigenous villages in Cambodia’s Ratanakiri province had waited years for Vietnamese rubber company Hoang Anh Gia Lai (HAGL) to finally return their sacred lands, as they had promised to do in a 2015 mediated agreement. Instead, during March, HAGL carried out sweeping clearances of land that had been earmarked for return. 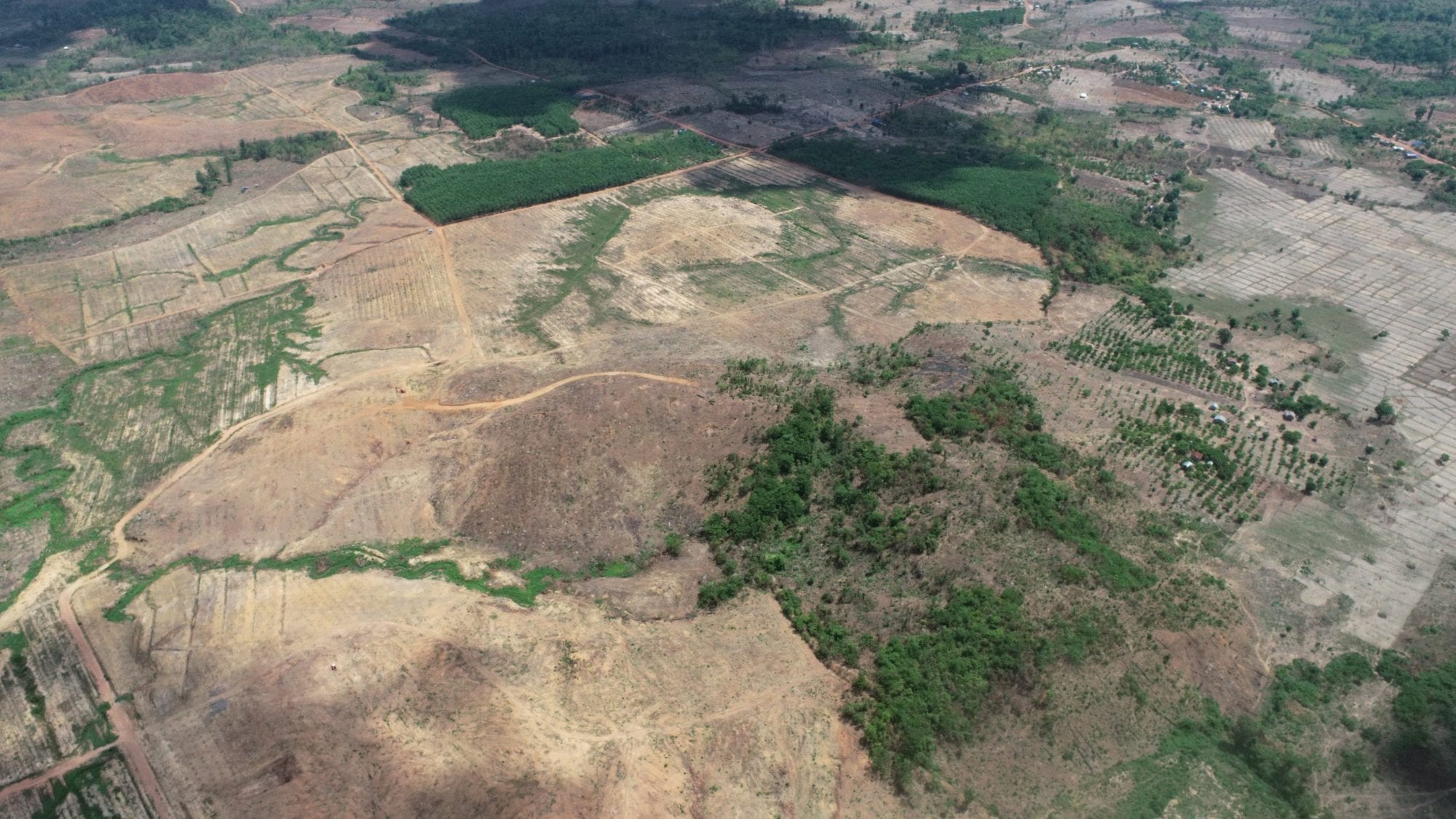 Indigenous villages in Cambodia’s Ratanakiri province had waited years for Vietnamese rubber company Hoang Anh Gia Lai (HAGL) to finally return their sacred lands, as they had promised to do in a 2015 mediated agreement. Instead, during March, HAGL carried out sweeping clearances of land that had been earmarked for return to the communities through a government-led demarcation process. The majority of this land was cleared while the indigenous communities were sheltering in place to protect against the spread of COVID-19.

Last March, the governor of Ratanakiri officially requested that the Ministry of Agriculture, Forests and Fisheries return 64 areas or 742 hectares of indigenous customary land that had been improperly included in HAGL’s agricultural land concessions to 12 indigenous communities, “for the indigenous people to practice their beliefs, cultural traditions and to support their livelihoods.” The areas HAGL cleared in March were among those areas designated for return to Muoy, Inn, Mas and Kak villages.

While the communities waited for the official ratification of this land return by the Agriculture Ministry, which had been delayed due to COVID-19, the company bulldozed two spirit mountains, wetlands, traditional hunting areas and burial grounds. The clearances destroyed old-growth forest and caused irreparable harm to land of priceless spiritual value to the communities.

“The pagoda is a place of religious worship for the Khmer people, but my people believe in the spirits that inhabit the forests and mountains.  Now that the company has cleared our spirit mountain, we have no place to pray and the spirits will be very angry with our villagers for allowing this to happen,” said Sev Suen, a community representative from Kak village.

“HAGL’s destruction of these sacred places is heartbreaking, and the fact that this company used the cover of a global pandemic to unlawfully clear more indigenous land is particularly egregious,” said David Pred, Executive Director of Inclusive Development International.

The decision last year to return community lands resulted from a mediation process convened by the Compliance Advisor Ombudsman (CAO), the independent watchdog of the World Bank’s International Finance Corporation, after the communities filed a complaint with the mechanism in 2014. Through these mediations, in September 2015, HAGL agreed to return land within its concessions that belonged to the communities.  This paved the way for a joint land demarcation process to be undertaken by representatives of the twelve villages, HAGL, a provincial government working group and the CAO.  At the conclusion of the demarcation process, HAGL agreed to return 20 spirit mountains and two burial grounds to the villages.  However, the provincial governor recommended the return of all 64 areas that were demarcated.

The communities filed a second complaint with the body in March 2019 after HAGL unilaterally pulled out of the mediation process, citing new financial ties between IFC and HAGL via its investments in Vietnamese financial intermediaries TP Bank and VP Bank.  The complaint provided extensive evidence of HAGL’s breaches of IFC’s environmental and social Performance Standards resulting from its destruction of forests, waterways, pastures, orchards, spirit mountains, burial grounds and other sacred areas belonging to indigenous communities in Ratanakiri.

“The clearance of land HAGL knew was designated for return is the latest of many acts of bad faith by this company. The damage it has inflicted on these four communities adds insult to injury, and it calls into question whether this company is truly committed to resolving this long-standing dispute,” said Eang Vuthy, Executive Director of Equitable Cambodia. “HAGL must cease clearances immediately, return the communities’ land and provide restitution for all the damage that the firm has caused to the people of Ratanakiri.”

The Khmer version of this article can be found here