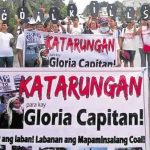 Inclusive Development International is supporting the Philippines Movement for Climate Justice in its efforts to halt the rapid expansion of the country’s coal-fired power industry. The Philippines is one of the world’s most vulnerable nations to climate change, and building more coal plants will greatly intensify those risks.

IDI assisted more than 100 citizen groups and 19 affected communities file a historic complaint against the International Finance Corporation (IFC), the World Bank’s private-sector arm. The complaint accuses the IFC of fueling global warming through its opaque investments in a Philippine bank that is a major financier of the coal industry. This was the first climate change-related complaint received by the IFC’s independent watchdog, the Compliance Advisor Ombudsman.  In October the CAO announced that it would launch a compliance investigation.

The complaint accuses the IFC of supporting 19 new or expanded coal-fired power plants in the Philippines through its investments in Rizal Commercial Banking Corporation (RCBC). After receiving $253 million in IFC funding and the World Bank’s stamp of approval, RCBC went on to provide and arrange billions of dollars in financing for the power plants and the companies developing them, in violation of the IFC’s social and environmental Performance Standards and climate commitments.

The complainants are calling on the IFC to use its leverage to stop the coal projects that have not yet commenced operation, and to ensure that its financial intermediaries there and around the world stop financing coal projects and instead fund renewable energy solutions. IDI is also working with the Philippines Movement for Climate Justice to identify and target other major investors who are enabling and profiting from the country’s coal expansion.

Coal-fired power threatens the very existence of the Philippines. As the world’s third-most vulnerable nation to climate change, it has seen increasingly devastating storms and rising sea levels in recent years. As many as 2,410 Filipinos die prematurely annually due to emissions from coal plants, which pollute the air, sea, fisheries and coral reefs, leading to environmental damage and loss of livelihoods.

Activists who speak out against such projects face grave danger. In 2016, 28 environmental and land defenders were murdered in the Philippines, making the country one of the most dangerous in the world for such work. Anti-coal campaigner Gloria Capitan was murdered in July 2016 for opposing the expansion of coal, including several projects that received indirect IFC backing.

The IFC is indirectly funding coal in the Philippines despite a 2013 World Bank pledge to get out of the industry for good, except in extraordinary circumstances. World Bank President Jim Yong Kim has said further funding of coal in Asia will “spell disaster for us and the planet.”

The complaint is available here:

Broken Promises: The World Bank, International Investors and the Fight for Climate Justice in the Philippines, Inclusive Development International (April 2018)

Disaster for Us and the Planet: How the IFC Is Quietly Funding a Coal Boom, Inclusive Development International (October 2016)