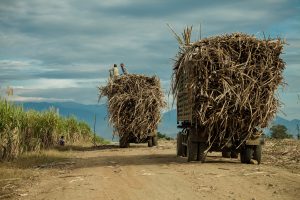 (December 7, 2014) – Inclusive Development International welcomes the commencement of a joint EU-Cambodia process to assess displacement claims pertaining to sugarcane plantations in Cambodia. This development represents a pivotal step towards justice for thousands of Cambodian people who have suffered enormously at the hands of the sugar industry.

The European Commission has announced a tender for the procurement of independent experts to design a process for identifying, assessing and redressing legitimate claims of displacement impacts and losses resulting from the development of sugarcane plantations in Cambodia. The objective of the assessment, which has been agreed to by an Inter-Ministerial Committee of the Royal Government of Cambodia (RGC), is to “ensure redress for…compensation deficits” and “the restoration of pre-project living standards and income levels” for affected people.

The announcement came in response to the long-standing call by Inclusive Development International and other coalition members of the Clean Sugar Campaign for the EU to investigate companies benefiting from the Everything But Arms (EBA) preferential trade scheme that are implicated in land-grabbing, forced evictions and other human rights abuses. The coalition has pressed for the withdrawal of the sugar industry’s trade preferences until affected communities are granted effective remedies, including the return of illegally acquired land and fair compensation for other losses. A comprehensive, independent assessment to determine and assess the value of specific household and communal losses has been a key demand of the campaign.

Following the release of the tender, Clean Sugar Campaign coalition members wrote to EU High Representative for Foreign Affairs Federica Mogherini to welcome this long-awaited development and call upon the EU to establish clearly defined deadlines and benchmarks for the provision of redress to affected communities.

In order to ensure effective progress on the ground for affected people, Inclusive Development International urges the EU to tie the audit process to the withdrawal of trade preferences for sugarcane, under Article 19 of the Generalized System of Preferences regulation, if time-bound performance indicators are not met.