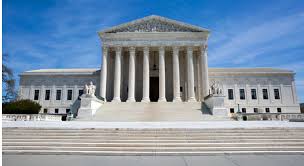 (Washington, DC) – On Tuesday, nine NGOs and experts filed an amicus brief before the US Supreme Court in support of the Indian fishing communities and farmers who are challenging the International Finance Corporation (IFC)’s claim to absolute immunity in Jam v. IFC. The amici call for the Supreme Court to reverse the lower court’s decision, arguing that the decision to uphold the IFC’s immunity undermines its mission and its accountability system, and challenging the IFC’s claims that there would be a floodgate of litigation.

The communities, represented by EarthRights International in this lawsuit, seek to hold the IFC accountable for harms resulting from the Tata Mundra Ultra Mega coal-fired power plant in Gujarat, India, which received an IFC loan in 2008. Affected communities originally sought redress through the IFC’s independent accountability mechanism, the Compliance Advisor/Ombudsman (CAO), alleging that the IFC caused the loss of their livelihoods and property and threats to their health. While the CAO found a number of counts of non-compliance, the IFC largely dismissed their findings.

To pursue adequate remedy, the communities filed suit in federal court in Washington, DC. The IFC has claimed absolute immunity as an international organization, which has been upheld by the lower courts. In the decisions, the lower courts’ interpretation of the statutes grants the IFC greater immunity than foreign governments, effectively putting the IFC above the law and giving them complete impunity to operate at any cost.

Now the case is before the US Supreme Court. In support of the communities, NGOs and experts stress that absolute immunity not only infringes on the right to remedy, it also undermines the IFC’s ability to carry out its own objectives. Providing redress to communities harmed by IFC projects is critical to the mission of the IFC to reduce poverty and support development that does not harm the people or environment. The IFC claims losing immunity will hurt its business; however, the amici argue that limiting immunity will actually help: Having access to both the CAO and the courts will better ensure that the IFC is accountable for its actions and achieves better outcomes for all.

The US Government, a group of bipartisan members of Congress, and international law professors have also filed amicus briefs supporting the reversal of the lower court’s decision.

Erika Lennon, Senior Attorney at the Center for International Environmental Law (CIEL), states: “Just like countries, the IFC should not be above the law. Being accountable and providing redress for the harms caused by their projects is a no brainer for an organization that purports to help alleviate poverty and improve lives. The IFC claims that losing absolute immunity would lead to a flood of lawsuits. Such a defense implies that the IFC anticipates continuing to harm people and the environment around the world. If the IFC is serious about its mission, it should not only provide redress when it harms communities, but also try to prevent the harms in the first place. A decision by the Supreme Court reversing the lower court would provide the IFC yet more incentive to do just that.”

According to Natalie Bridgeman Fields, Executive Director of amicus Accountability Counsel, “this lawsuit challenges the idea that international organizations are above the law, even for their role in human rights and environmental abuses. Our work and that of our amici peers shows us that it’s time to realign the IFC’s incentives by ending legal impunity for abuses. We are pleased to see that the U.S. Government, with their own brief, supports this view.”

Kris Genovese, Senior Researcher at the Centre for Research on Multinational Corporations, adds: “In Glass Half Full? The State of Accountability in Development Finance, we, together with amici and other CSOs, found that development banks impede the accessibility and effectiveness of their independent accountability mechanisms from the start by failing to require their borrowers to inform project-affected people about the existence of the mechanisms and then later disregarding their findings. The outcome of the complaint process depends on the good will of the very actors who caused the harm, the banks and the borrowers. It’s far past time people harmed by bank-financed activities had access to real remedy.”

Jocelyn Medallo, Director of Policy and Advocacy at the International Accountability Project, states: “For far too long, international institutions, such as the IFC, have operated with sweeping immunity — afforded privileges beyond that which even foreign governments enjoy — no matter the harm caused by their projects, the reasonable steps that should and could have been taken to mitigate harms, and the oft-limited remedies available to communities. We hope this lawsuit heralds a new chapter in accountability for communities whose lives are harmed by IFC projects.”

Natalie Bugalski, Legal Director at Inclusive Development International (IDI), says: “History shows that when there are absolutely no legal consequences for negligent behavior, negligence will absolutely continue and more affected communities will suffer the consequences.”