Residents of 13 villages in western Guinea have filed a formal complaint against the International Finance Corporation (IFC), the World Bank’s private-sector arm, for funding the expansion of a harmful bauxite mine. 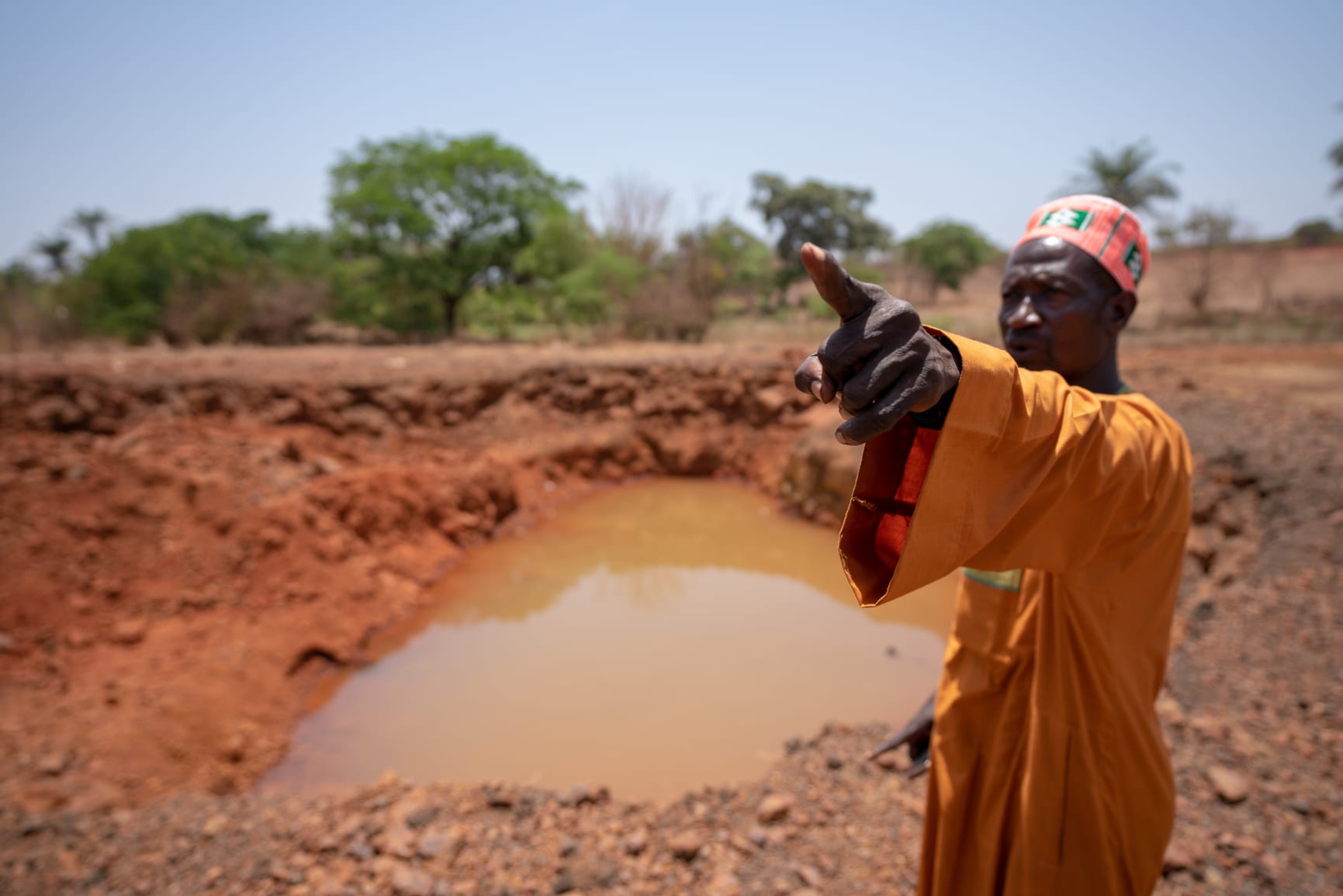 (Conakry) – Residents of 13 villages in western Guinea have filed a formal complaint against the International Finance Corporation (IFC), the World Bank’s private-sector arm, for funding the expansion of a harmful bauxite mine. The 540 complainants allege that the IFC-financed project, Compagnie des Bauxites de Guinée, has grabbed their land, destroyed their livelihoods and damaged the local environment.

The complaint, filed with the IFC’s independent watchdog, the Compliance Advisor Ombudsman, details violations of the IFC’s environmental and social Performance Standards and international law. Most of the world’s development banks have established such grievance mechanisms to monitor compliance with their environmental and social policies and address complaints from impacted communities.

The complainants are seeking full and fair redress for the harms they have suffered, along with protection from future violations. They have asked the Compliance Advisor Ombudsman to facilitate mediations with the IFC and Compagnie des Bauxites de Guinée to address their grievances.

“The lands on which we and our ancestors have lived and farmed for centuries have been almost totally consumed by CBG,” said Mamadou Lamarana Bah, one of the complainants.  “With no more land, no more forests, no more water, how are we going to survive?

The villagers have lost agricultural land, which has led to a significant decline in their incomes and quality of life, and access to their water resources, which have been polluted, among other harmful impacts. The situation is especially perilous for the residents of Hamdallaye village, who have been told by the company that they will be imminently resettled, without their consent, in a former mining area that was not properly rehabilitated.

The impoverished nation of Guinea is home to the world’s largest bauxite reserves. Mining companies have flooded the country in recent years, despite serious social and environmental concerns raised by Human Rights Watch and others. Bauxite mined by Compagnie des Bauxites de Guinée is processed into aluminum that is used by major consumer brands to make cars, beverage cans and technology. Yet few Guineans benefit from such projects.

“International mining companies have been making a fortune off of Guinea’s rich mineral resources, while the communities impacted by mining have quite literally been left in the dust,” said Mathilde Chiffert, West Africa Legal Coordinator for Inclusive Development International.  “It’s high time for local communities to get a fair share of the benefits from mineral extraction.”

Compagnie des Bauxites de Guinée is a joint venture between the Guinean government; the U.S. aluminum corporation Alcoa; the Anglo-Australian mining giant Rio Tinto; and the Guernsey-registered Dadco. In 2016, the IFC provided a $200 million loan to expand the venture’s mining operations, with the U.S. government’s Overseas Private Investment Corporation providing an additional $150 million.

The German government guaranteed a portion of the financing through its Untied Loan Guarantees program.

Since it began operations in 1973, Compagnie des Bauxites de Guinée has mined large areas of land in the area surrounding the town of Sangaredi, located in the lush Boké region. For years, the joint venture has denied the land rights of local communities, creating immense frustration among the population.

“We look forward to engaging in an equitable dialogue process with CBG, facilitated by an independent mediator to resolve the long-standing grievances of the complainants,” said Tenguiano Pascal, Executive Director of CECIDE.

“What Do We Get Out of It?” The Human Rights Impact of Bauxite Mining in Guinea, Human Rights Watch, October 2018