While communities across Guinea were under Covid-19 shelter-in-place orders, a joint venture owned by mining giants Alcoa and Rio Tinto relocated more than a hundred families to expand its sprawling bauxite mine. 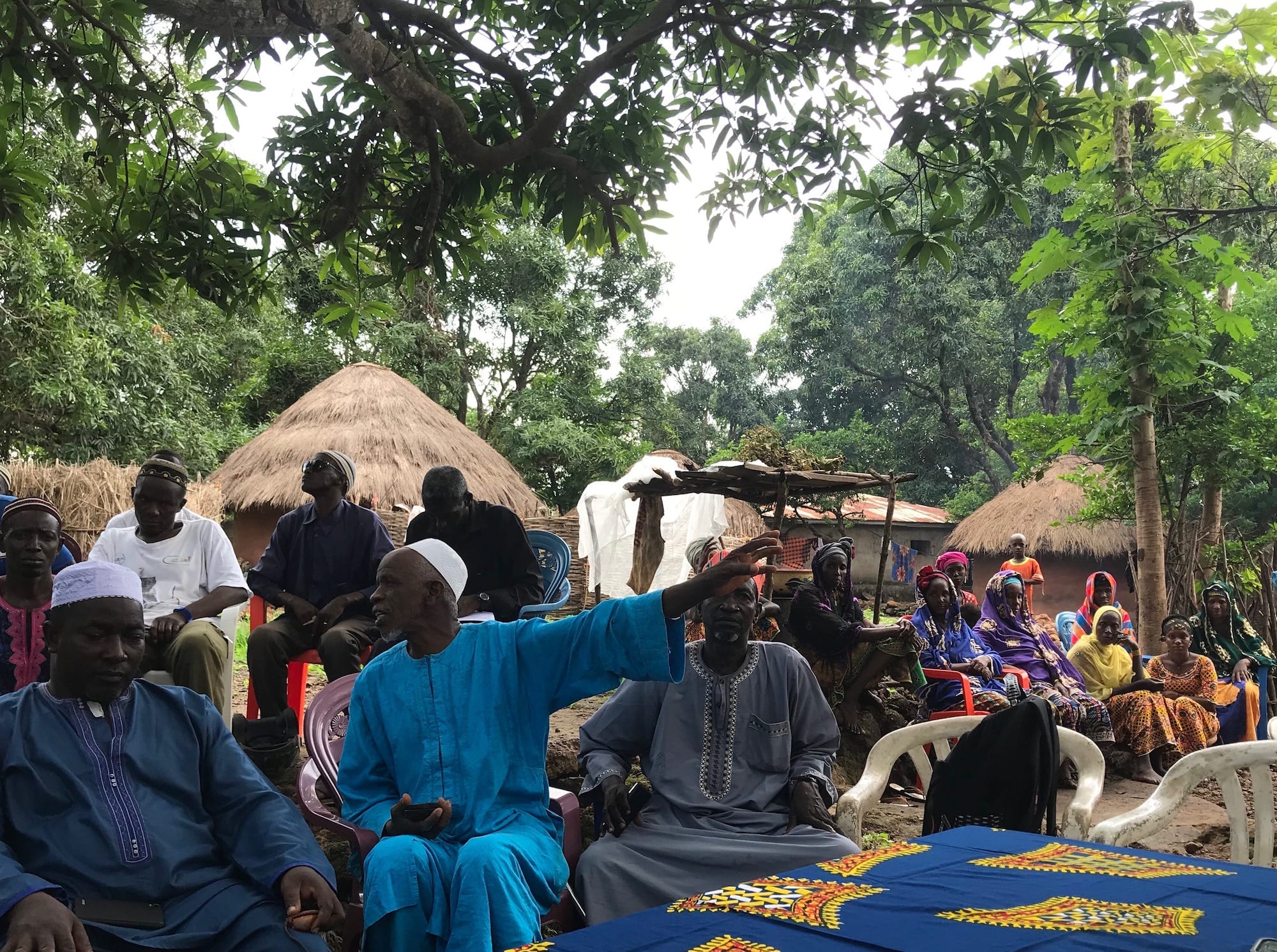 While communities across Guinea were under Covid-19 shelter-in-place orders, a joint venture owned by mining giants Alcoa and Rio Tinto relocated more than a hundred families to expand its sprawling bauxite mine.  Residents of Hamdallaye village in the Boké region of Guinea, who have been seeking redress for the loss of their ancestral farmlands and livelihoods to the mine, say that Compagnie des Bauxites de Guinée (CBG) moved them to an unfinished resettlement site without adequate housing, water and sanitation, or sufficient arable land and sustainable livelihood opportunities. The surprise move took place prior to the commencement of a long-awaited World Bank-backed mediation between the community and CBG, which had been scheduled for March 2020 but was delayed due to the COVID-19 pandemic, among other issues.

According to the report the dust and dynamite blasting from CBG’s mining activities had made living conditions at the community’s former two-hundred-year-old village unbearable and gave the residents little choice but to accept relocation.  The families were relocated – in the middle of a government-ordered lockdown – to a resettlement site that was incomplete, with only one working water well at the time of the move, as well as unfinished houses and other poorly constructed infrastructure.

Unlike their lush former village, the resettlement site is situated on a previously mined hilltop, without trees or topsoil, rendering the land non-arable and devoid of shade to shelter the displaced families from the intense heat.

“Without cultivable land, economic activities are almost non-existent since our displacement, said Mamadou Lamarana Bah, a community representative from Hamdallaye.  “The consequences of loss of land and livelihoods have been catastrophic for villagers’ living conditions. Most people have run out of money. Some have been reduced to leaving for the surrounding villages…or towards the border with Guinea Bissau to make coal.”

The Rio Tinto-Alcoa joint venture has failed to meet international standards and its commitment to its lenders to provide the community with alternative “equivalent” farmland to compensate them for the land that it has taken in recent years.  CBG apparently earmarked a 56-hectare parcel near the resettlement site for income-generating activities, but a 2019 independent monitoring report mandated by CBG’s financiers found that this land parcel, like the residential resettlement site, is an unrehabilitated former mining site that is unsuitable for agriculture.  It also does not come close to replacing the quantity of land that the Hamdallaye community has lost to the mine.  Satellite imagery analyzed for the report indicates that CBG has taken more than 1000 hectares (10 square kilometers) of Hamdallaye’s ancestral farmlands since 2005.

“Resettlement of the Hamdallaye community into conditions that are guaranteed to make their lives worse off during a global public health emergency is the height of irresponsibility,” said David Pred, Executive Director of Inclusive Development International.  “CBG’s deplorable land and water acquisition and management practices are a far cry from the standards that its principle shareholders Rio Tinto and Alcoa claim to adhere and which its lenders require.”

CBG’s physical relocation of Hamdallaye families began on March 21, 2020, the same month that a long-delayed mediation was set to begin through the IFC’s Compliance Advisor Ombudsman (CAO).  CBG had agreed to enter into the dispute resolution process in response to a complaint submitted by residents of 13 villages, including Hamdallaye, which accused the company of grabbing their ancestral land, destroying their livelihoods and damaging the local environment. Concerns about the proposed resettlement of Hamdallaye were a major component of the complaint. The mediations have been postponed indefinitely due to the COVID-19 pandemic.

“It is deeply disappointing that CBG did not delay the relocation of the Hamdallaye community until they had a reached an agreement on fair resettlement terms through the mediation process,” said Pascal Tenguinao, Executive Director of CECIDE.  “We hope that the damage that has been done to this community is not irreversible and will be rectified without further delay.”

The organizations have called upon CBG’s financiers to enforce the environmental and social requirements in the loan covenants and demand that the company immediately bring the project into compliance.

Since it began operations in 1973, CBG has mined large areas of land surrounding the town of Sangaredi, located in the lush Boké region. For years, the joint venture has denied the customary land rights of local communities and expropriated their farmland without compensation or land rehabilitation. This has seriously disrupted the traditional crop rotation system and caused degradation of the soil.  CBG’s operations have had other widespread environmental and social repercussions. Pollution of water and prevention of access to clean water has been a major impact of CBG’s operation, causing extreme hardship for local communities. The mine has had severe impacts on biodiversity, including critical habitats for endangered chimpanzees.  These practices were the subject of the complaint to the CAO filed by residents of thirteen affected villages in 2019.

CBG is a joint venture between the Guinean government and three multinational mining companies: Rio Tinto, Alcoa and Dadco.

Inclusive Development International has traced the bauxite from CBG’s mine to a number of refineries and smelters in North America and Europe, where it is processed into primary aluminum and sold on to big brands that produce automobiles and aluminum packaging for food, beverage and other consumer goods. These include Coca-Cola, Campbells Soup, Nespresso, Audi, BMW, Fiat-Chrysler, Ferrari, Ford, General Motors, Hyundai, Jaguar, Land Rover, Mercedes-Benz, Porsche, Volvo, Honda, and others.