Community representatives in Indonesia today filed a complaint to the German government accusing HeidelbergCement, one of the world’s largest cement makers, with threatening their livelihoods and water resources and the local ecosystem. 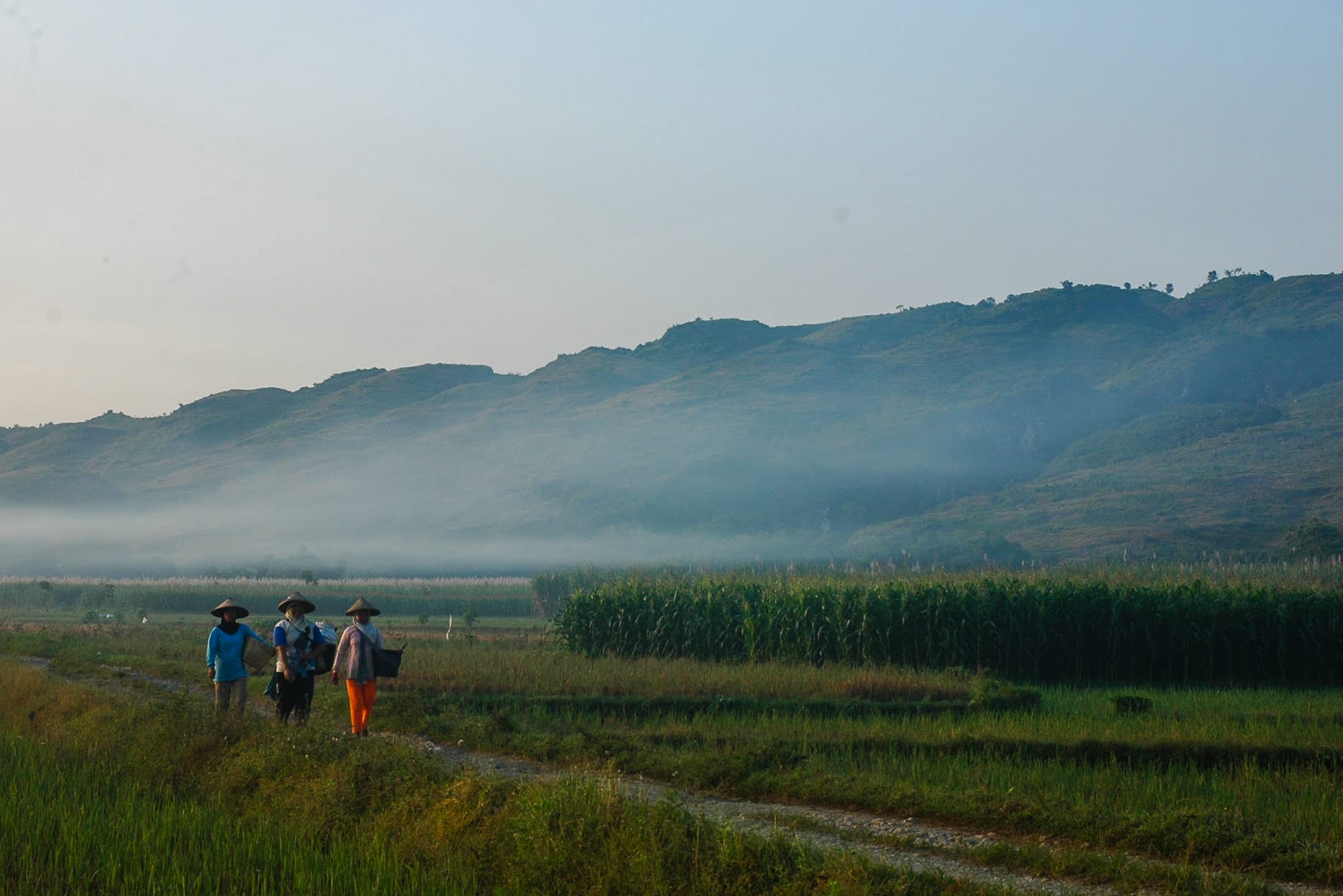 Community representatives in Indonesia today filed a complaint to the German government accusing HeidelbergCement, one of the world’s largest cement makers, with threatening their livelihoods and water resources and the local ecosystem. The complaint to the German National Contact Point for Responsible Business Conduct alleges that HeidelbergCement’s plans for a limestone mine and cement factory in the Kendeng mountains of Central Java also threaten sites sacred to local Indigenous Samin communities.

At least 35,000 people from the three sub-districts, Sukolilo, Kayen and Tambakromo, could lose their access to vital water resources for subsistence and agriculture due to mining the Kendeng karst area, according to an Indonesian geologist. Local communities reject the project and have refused to give their free, prior and informed consent to any mining on their territory.

“Every person needs a safe place to live and enough food to eat. We ask the company to stop its plan to destroy our environment and livelihoods in the name of development,” said a representative of the Kendeng communities whose name has been withheld due to fear of reprisals.

As a member of the Organization for Economic Cooperation and Development (OECD), Germany maintains a National Contact Point that addresses complaints against German companies for overseas violations of the OECD Guidelines on Multinational Enterprises. The guidelines contain standards on human rights and the environment.

Concerned people in Indonesia and Germany have held public demonstrations against the project, most recently at the HeidelbergCement’s Annual General Meeting in June. Indonesian advocates have also challenged the legality of the company’s operating license in Indonesian courts.  HeidelbergCement has largely dismissed this opposition, has resisted meaningful and active dialogue with human rights and environmental advocates, and is proceeding with its development plans.

An Indonesian people’s movement comprised of individuals and families from surrounding communities submitted the complaint for communities in the Kendeng Mountains who stand to be adversely impacted by the project. They say that HeidelbergCement, one of Germany’s largest corporations, has breached the OECD Guidelines for Multinational Enterprises in relation to the operations of its controlled subsidiary PT Indocement.  Inclusive Development International, Heinrich-Böll-Stiftung and FIAN Germany are assisting them through the complaints process.

“As one of Germany’s largest publicly traded companies, HeidelbergCement must abide to an even higher standard of due diligence in ensuring that its own operations and that of its subsidiaries worldwide respect human rights and ecological justice. This complaint will test Germany’s seriousness in holding a German company accountable over its economic behavior through the OECD mechanism,” said Barbara Unmüßig, co-president of the Heinrich-Böll-Stiftung.

A 2017 special impact assessment by the Indonesian Presidential Office and Ministry of Environment and Forestry confirms many of the communities’ fears. It states that mining in Kendeng would cost local families their means of subsistence through the destruction of vital supplies of water for both farming and drinking. The same report details how mining in the area would have severe impacts on the local ecosystem, including destroying the habitats of rare species of plants and animals.

“HeidelbergCement’s lack of transparency and the clear local Indigenous opposition to the project puts the company in prima facie contravention of their responsibilities under the OECD guidelines and UN Guiding Principles on Business and Human Rights,” said Natalie Bugalski, legal director of Inclusive Development International. “The project is expected to cause irreversible environmental damage and serious adverse human rights impacts. HeidelbergCement should provide evidence to the contrary or cancel this project.”

“The German government has to take up its human rights obligations and act swiftly to protect the right to food and water of the communities in Kendeng against the looming abuses by HeidelbergCement´s subsidiary. It must not stand idle while the food security of thousands of local farmers is about to be destroyed,” said Philipp Mimkes, secretary general of FIAN Germany.

HeidelbergCement has been active in Indonesia since the early 2000s through the acquisition of subsidiaries including PT Indocement, which is developing the Kendeng project.

The complainants are calling on HeidelbergCement to: