Share on facebook
Share on twitter
Share on linkedin
The International Finance Corporation’s independent watchdog has accepted a formal complaint concerning a planned zinc mine in North Sumatra, Indonesia, that will create millions of cubic meters of toxic tailings in one of the world’s highest earthquake risk zones. 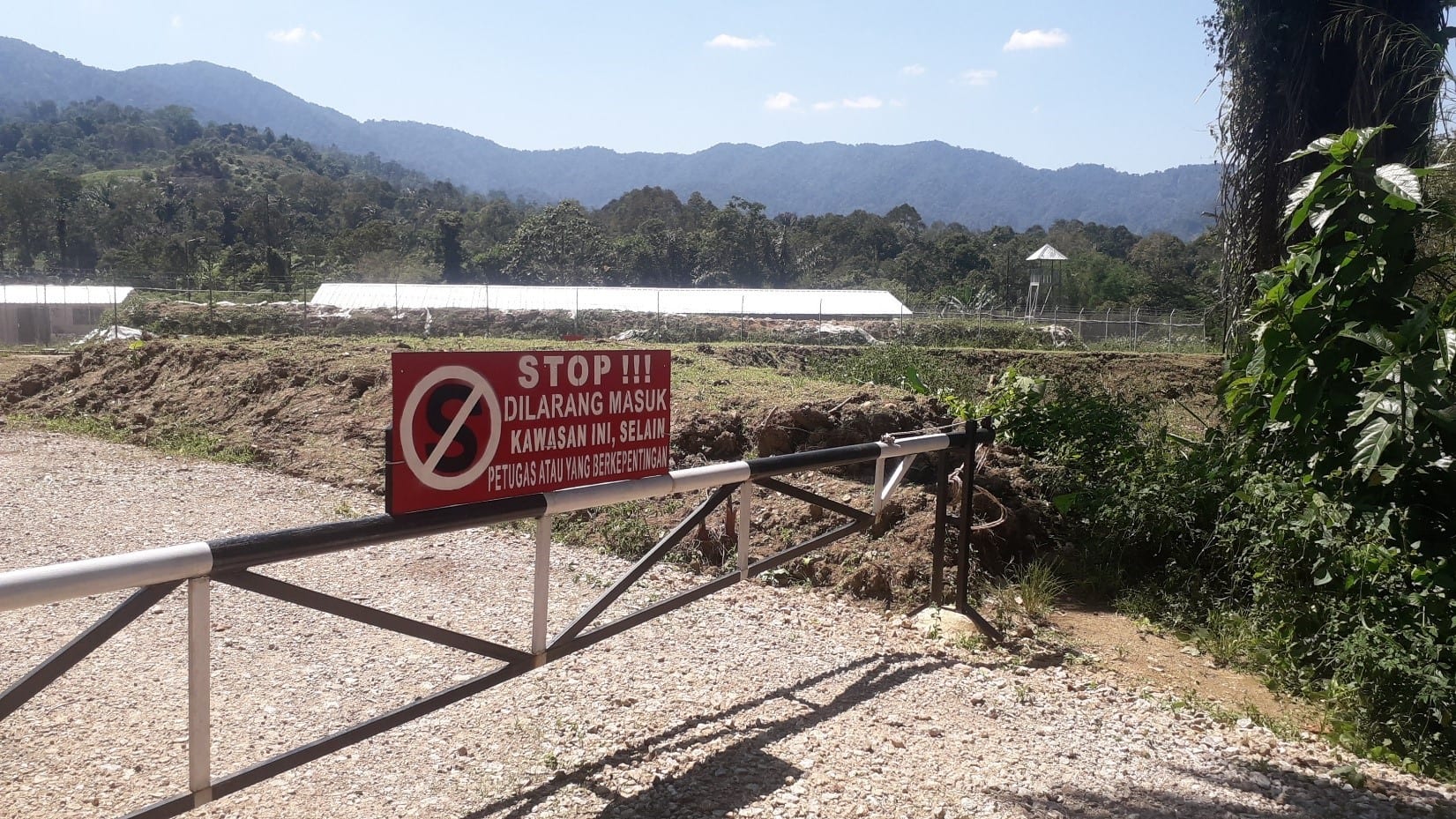 The International Finance Corporation’s independent watchdog has accepted a formal complaint concerning a planned zinc mine in North Sumatra, Indonesia, that will create millions of cubic meters of toxic tailings in one of the world’s highest earthquake risk zones. The watchdog, the Compliance Advisor Ombudsman (CAO), has accepted the complaint because an IFC client, Postal Savings Bank of China, loaned money to the mine’s lead developer, in apparent contravention of the World Bank Group member’s environmental and social standards.

The Indonesian government department responsible for reviewing and approving applications for environmental approval has recently released an Addendum (update) for the 2005 Environmental Impact Assessment (EIA) for the mine. The process for the review of this Addendum, however, has had virtually zero transparency. Communities are concerned the government will use the period of COVID-19 to approve the mine without consultation and proper technical review.

Residents of two villages near the mine filed the complaint in October, with the help of the U.S. organization Inclusive Development International and BAKUMSU, a legal aid organization based in Medan, the capital of North Sumatra. The communities are calling for the IFC and Postal Savings Bank of China to use their leverage to ensure transparency and adequate consultation about the mine, which is in the early stages of development.

“At very least, we want dialogue with proper information in front of us,” said Mr. Sugianto Hasugian a representative of the complainants. “In a letter from the Ministry of Environment, they said written comments could be provided on the 492-page EIA Addendum by 29 June 2020, but we only got the Addendum documents on 30 June. This is not meaningful consultation. We want the time to understand what is in the Addendum. We want international experts to review the technical parts of the Addendum and tell us about their opinion, and then we can decide whether or not we give our free, prior and informed consent to this project.”

“The communities have shown great courage in bringing this complaint in an effort to protect the environment and their way of life,” said David Pred, Executive Director of Inclusive Development international. “What is being proposed is the creation of tailings storage facilities in an extremely unstable and risk prone area. People living downstream from the mine site will be forever living in fear of dam collapse and water contamination. Dam collapses in other areas of the world – even without such high earthquake risk – have destroyed villages, killed hundreds of people and poisoned the environment for generations.  The CAO’s acceptance of the complaint is an important step in avoiding a similar disaster in North Sumatra.”

Merah Johansyah, National Coordinator of JATAM, a national group dedicated to minimizing the detrimental impacts of mining in Indonesia added: “Indonesia does not have a solid regulatory framework nor the capacity to ensure mining disasters don’t occur. Putting the DPM mine in such a high disaster risk area is just insane.  Anyone putting money into this project should think again” he said. “Our analysis is that the mine is already operating illegally.”

The IFC made a $300 million equity investment in Postal Savings Bank in 2015, after which the bank provided several lines of credit to China Nonferrous Metal Industry’s Foreign Engineering and Construction Co., Ltd. (NFC) and its parent, the China Nonferrous Metals Mining Group. The IFC has increasingly outsourced billions of dollars to commercial banks around the world, which have gone on to finance nearly 150 socially and environmentally harmful projects, according to research led by Inclusive Development International.

This is the first complaint involving a Chinese financial institution accepted by the Compliance Advisor Ombudsman. The complainants will have the option of pursuing dispute resolution with the parties or calling for an investigation of the IFC’s compliance with its policies.

The zinc mine is being developed by Dairi Prima Mineral, an Indonesian joint venture between the Beijing-based mining conglomerate China Nonferrous Metal Industry’s Foreign Engineering and Construction Co., Ltd. (NFC) and Bumi Resources Minerals, a subsidiary of the Indonesian coal-mining giant Bumi Resources, owned by the politically-connected Bakrie family. The companies are seeking to build an underground mine to commercially extract zinc, lead and silver ore.

The developers will likely construct a tailings facility near the mining site, where toxic waste will be stored. If not properly built and maintained, tailings ponds can fail, releasing toxic waste into the environment. In Brazil, two tailings dams collapsed in 2015 and 2019, releasing waves of toxic sludge that killed nearly 300 people.

Inclusive Development International also commissioned a report on the seismic risks posed by the project.  In that report, Dr. Richard Meehan of Stanford University concluded that the “Dairi Mine is located in one of the highest risk areas in the world,” near the Sumatra subduction megathrust which produced in 2004 and 2005 earthquakes of magnitude 9 and 8+ respectively. The mine site is also only 15 kilometers from the Great Sumatra fault which produces long duration or repeated earthquakes, notorious for destroying civil structures like tailings dams. “This repetition or longevity of shaking can completely destroy structures including dams that would otherwise survive a short-duration quake with only partial collapse,” said Meehan.

This, combined with the area’s very heavy annual rainfall, led Dr. Meehan to predict that “within a few decades after the ‘closure’ of the deposit,” an earthquake-induced sudden failure of the tailings dam would send “a wave of liquid mud downstream to the north.”

In 2005, Dairi Prima Mineral conducted an environmental impact assessment of the proposed mine. Since then, however, mine plans have changed. In 2019, DPM was notified that it required new environmental approval. Despite that new approval not being granted, the mine proceeds with construction. Residents have expressed concern about potential dangers to animals and humans living near the mine. Local community members say they have not been appropriately consulted about the project. They fear the mine could pollute water sources, and harm soil and crops.

On October 31, 2019, the Investor Mining and Tailings Safety Initiative announced that its 96 members, mostly institutional investors and pension funds, would consider divesting from mining firms that failed to disclose their tailings dams – and how they are mitigating risk at these facilities. Bumi Resources Minerals failed to respond to requests for disclosure.

Besides the threat to land and livelihood, Inclusive Development International and local partners are concerned that Indonesians opposing destructive corporate projects have faced escalating violence.  A number of environmental human rights defenders have been killed or attacked, or have faced criminalization in North Sumatra in the last year.

“As this case goes forward the Indonesian government and the company must prioritize the safety and wellbeing of community members and the activists who support them,” Pred said.