Three organizations representing thousands of people in Uganda filed a complaint against the World Bank for indirectly backing one of the world’s largest and riskiest oil developments. The planned East African Crude Oil Pipeline (EACOP) and Kabaale refinery, along with the associated development of oil fields on the shores of Lake Albert, will impact over 120,000 people in Uganda and Tanzania. 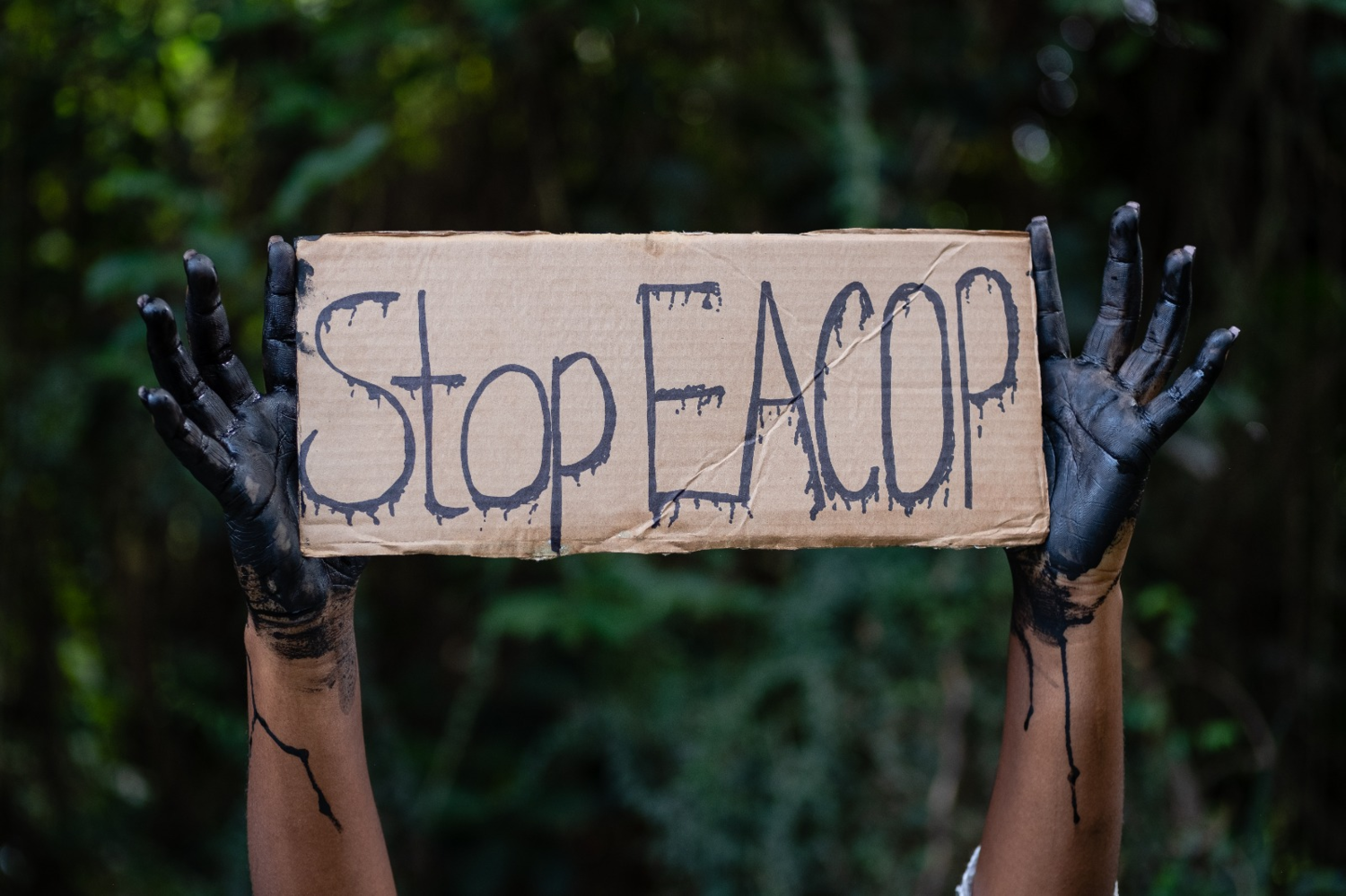 (Kampala) — Three organizations representing thousands of people in Uganda today filed a complaint against the World Bank for indirectly backing one of the world’s largest and riskiest oil developments. The planned East African Crude Oil Pipeline (EACOP) and Kabaale refinery, along with the associated development of oil fields on the shores of Lake Albert, will impact over 120,000 people in Uganda and Tanzania, destroy critical biodiversity and wetlands, and significantly contribute to the global climate crisis, the complaint alleges. The projects are being developed by oil majors TotalEnergies of France and CNOOC of China.

The complaint details how the International Finance Corporation (IFC), part of the World Bank Group, has supported the constellation of projects through a $35 million investment in Britam Holdings, a pan-African insurer. Britam has said that it will provide insurance coverage for the EACOP and refinery, which are both necessary for drilling in the Lake Albert oil fields – a new global frontier in oil extraction. The IFC is Britam’s fifth-largest shareholder and holds a seat on its board.

“The World Bank is enabling a project that has caused enormous pain and suffering in my community,” commented one of the complainants, who has chosen to remain anonymous for security reasons. “Those who faced relocation due to the Kabaale oil refinery suffered nearly six years of restricted access to their land before being moved to a sterile, camp-like resettlement site. Today thousands across Uganda and Tanzania are facing similar hardship—awaiting compensation nearly two years overdue, without the ability to grow food on our land. We call upon the CAO to conduct a thorough investigation into the oil projects’ failure to uphold IFC standards.”

The complaint was filed with the IFC’s independent watchdog, the Compliance Advisor Ombudsman.  Two grassroots Ugandan associations – whose names have been kept confidential due to fear of reprisals – and Inclusive Development International filed the complaint on behalf of affected people.

The complainants are calling for a compliance investigation into whether the IFC breached its Sustainability Policy through its indirect backing of the oil projects. The 33-page complaint details the manifold ways in which the projects are fundamentally incompatible with the IFC’s Environmental and Social Performance Standards.

“These oil projects are the antithesis of sustainable development by their very nature,” says Coleen Scott, Legal and Policy Associate at Inclusive Development International. “No project that entails drilling 130 oil wells in a national park, acquiring the land of over 120,000 people, and building the world’s longest heated oil pipeline through numerous protected areas could possibly satisfy the IFC’s Performance Standards.”

“The oil projects will irreversibly damage so many of the region’s unique ecosystems that support sustainable income alternatives, like tourism, affecting generations to come,” stated one anonymous complainant. “Over 80% of Uganda’s tourism business runs along the Albertine Rift, where the oil extraction will occur. As an ardent conservationist and a business owner in the tourism industry, I fear for the future of our environment and my livelihood. Oil reserves will run out—but harnessing the power of Uganda’s natural resources can create a sustainable and equitable future for all.”

The complaint is the first filed to the Compliance Advisor Ombudsman concerning insurance coverage provided by an IFC client. It comes amid growing pressure on insurers to stop backing new fossil fuel projects. The EACOP, which would be the world’s longest heated oil pipeline if it is realized, carries significant risk and cannot be built without multiple layers of insurance coverage. To date, the global insurers Swiss Re, AXA and Zurich have committed publicly to not cover the project.

The World Bank Group pledged that it would no longer fund upstream oil projects beginning in 2019. Left unsaid was whether this commitment applies to IFC’s financial intermediaries like Britam, which account for more than half of the IFC’s $75 billion portfolio.

This apparent loophole has significant ramifications for the world’s climate. In May, the International Energy Agency published a comprehensive roadmap for the energy sector to reduce carbon dioxide emissions to net-zero by 2050 in order to give the world a chance of limiting warming to 1.5°C and staving off climate disaster. The IEA said that in order to achieve this goal, there should be no new fossil fuel supply projects, including new oil fields.

“The EACOP and Lake Albert oil projects would block the IEA’s net zero pathway before the ink is even dry on their report,” said David Pred, Executive Director of Inclusive Development International.  “It is reprehensible that the world’s premier development bank would be involved in a project directly or indirectly that would have such catastrophic consequences for the planet.”

If built, the oil transported from the EACOP is expected to generate at least 34 million metric tons of carbon emissions per year, significantly more than the current combined emissions of Uganda and Tanzania, through which the planned 1,443km pipeline will traverse.

At its annual meeting this week, the World Bank is facing pressure to address the shortcomings in its no-oil policy. The IFC took action to close a similar loophole – for coal financing – in 2020 with its Approach to Greening Equity Investments in Financial Institutions. The plan requires banks that IFC owns shares in to stop financing coal and instead fund renewables. Civil society groups are calling on the IFC to expand its Green Equity Strategy to include oil and gas.

The full complaint, redacted to protect the identities of the complainants, is available here.