Development banks have safeguards meant to protect human rights and the environment. What happens when they outsource billions of dollars to the private financial sector, where transparency and accountability are weak?

For decades, development banks loaned money directly to their clients, mostly companies and large projects like power plants and mines. This allowed them to monitor – and be held accountable for – adverse impacts on human rights and the environment. But following the global financial crisis of 2008, development banks have increasingly outsourced their money to commercial banks and private investment funds, which then lend it onward to end users.

Proponents argue that this approach reduces poverty by increasing access to financial markets in developing countries. But because the money is difficult to track – even for the development banks themselves – it can end up harming the very people it is supposed to help. Concealed by banking secrecy laws and funneled to end users through complex, multi-layered transactions, this money quietly bankrolls human rights abuses and environmental destruction in all corners of the globe.

The International Finance Corporation, the private-sector arm of the World Bank, has spearheaded this change. It invested $50 billion in financial intermediaries such as commercial banks, private equity funds and hedge funds between 2010 and 2015 alone. That’s more than three times what the rest of the World Bank Group invested in education. Other development banks, such as the African Development Bank and the European Investment Bank, have followed suit.

IDI works with a coalition of partners around the world to investigate, expose and stem the tide of IFC’s hidden investments in destructive projects.

Working with our coalition partners from Recourse, Oxfam, Urgewald, the Philippine Movement for Climate Justice and others, we have shone a light on the problem – and stemmed the tide of the IFC’s hidden investments in destructive projects. When we began following the money in 2016, there were only a handful of cases in which the IFC was known to have channeled money to harmful projects. Our investigation uncovered nearly 150, including hydropower dams that displaced tens of thousands of people and power plants that threatened entire ecosystems. We published our findings in a searchable database.

Based on this evidence, we released a series of investigative reports, entitled Outsourcing Development: Lifting the Veil on the IFC’s Harmful Private-Sector Lending, which looks at how these investments impact people on the ground. We then worked with affected people to file complaints to the IFC’s accountability office, the Compliance Advisor Ombudsman, including an historic class action-style complaint in the Philippines against 19 coal plants that the IFC  indirectly bankrolled. 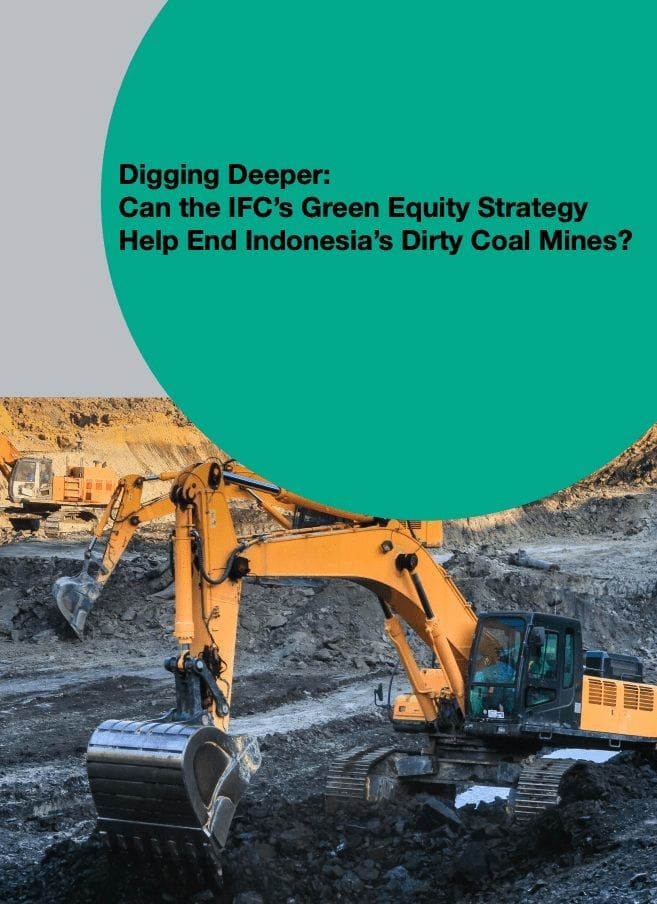 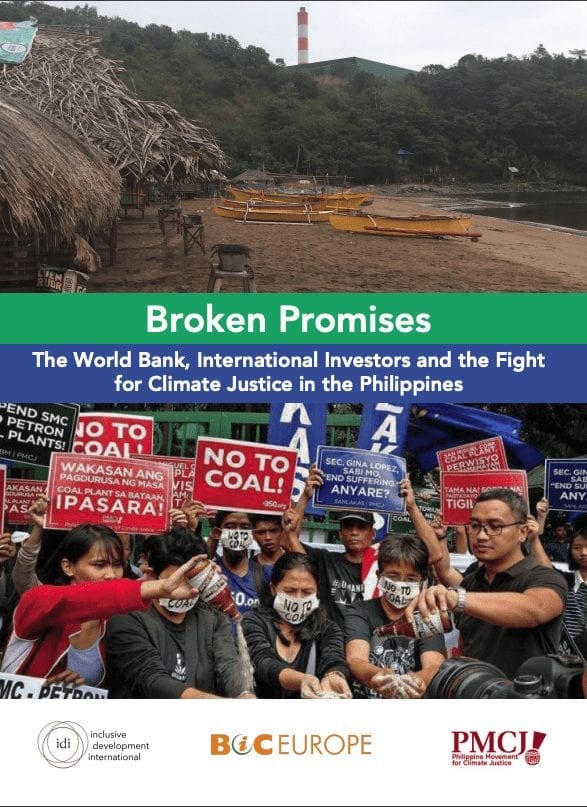 The World Bank, International Investors and the Fight for Climate Justice in the Philippines 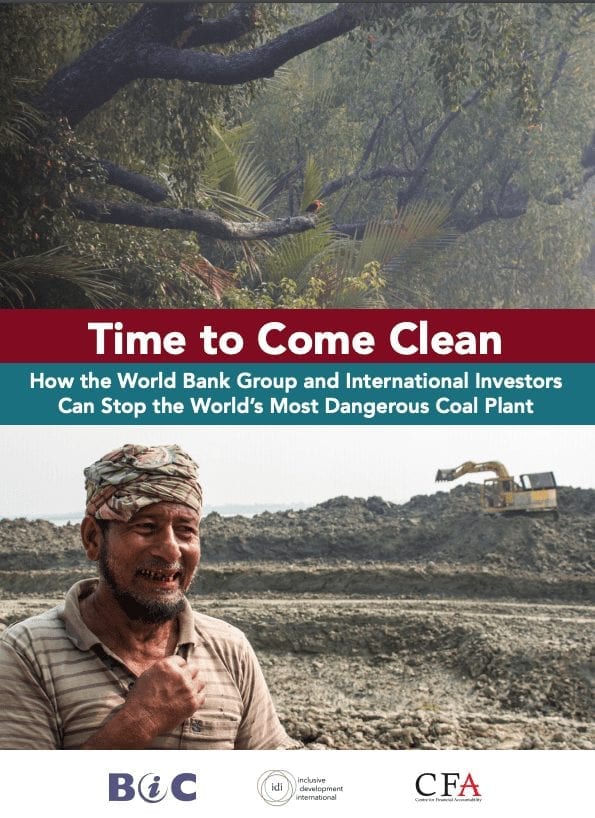 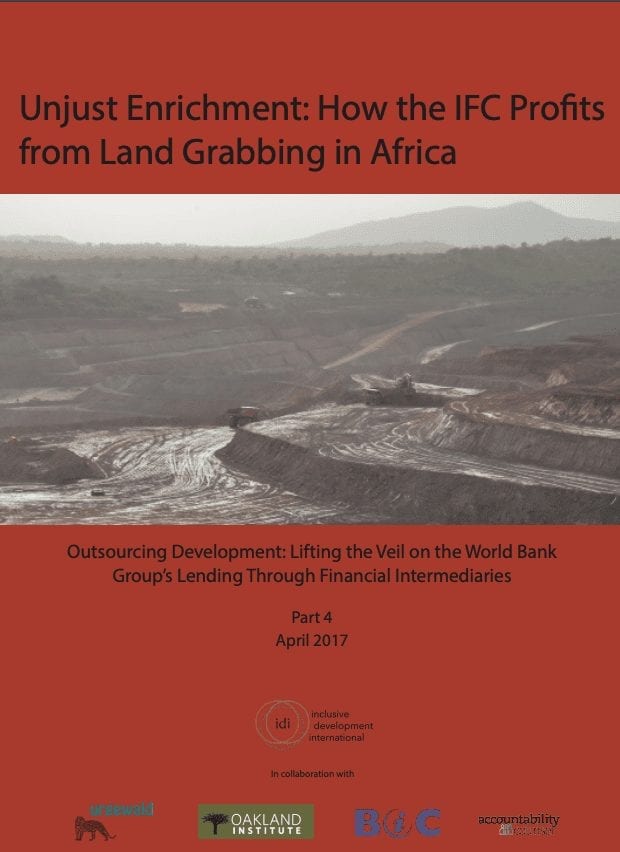 How the IFC Profits from Land Grabbing in Africa - Outsourcing Development, Part 4 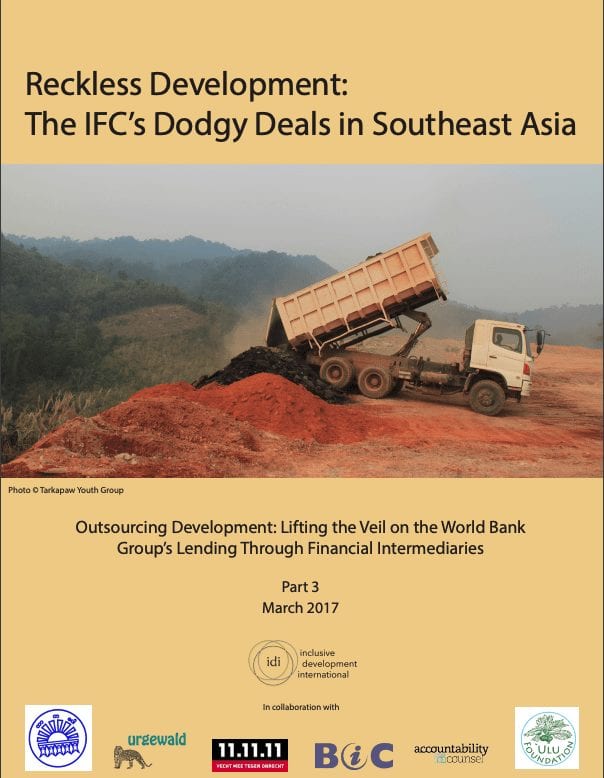 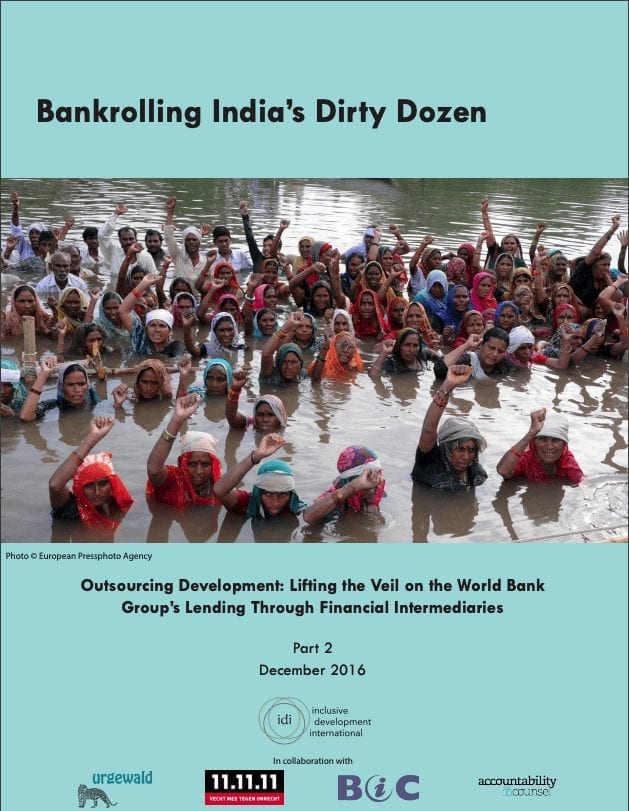 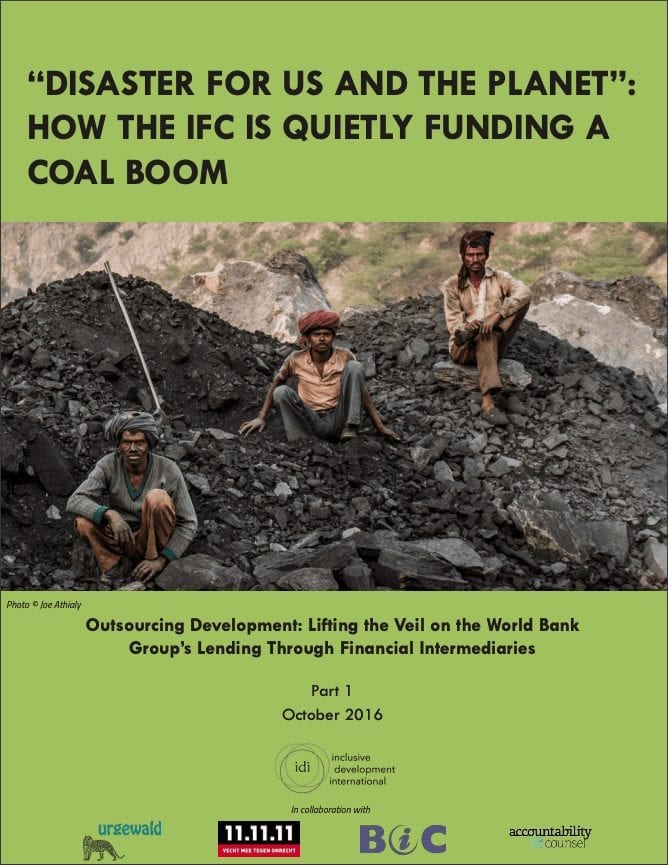 "Disaster for Us and the Planet"

How the IFC is Quietly Funding a Coal Boom - Outsourcing Development, Part 1 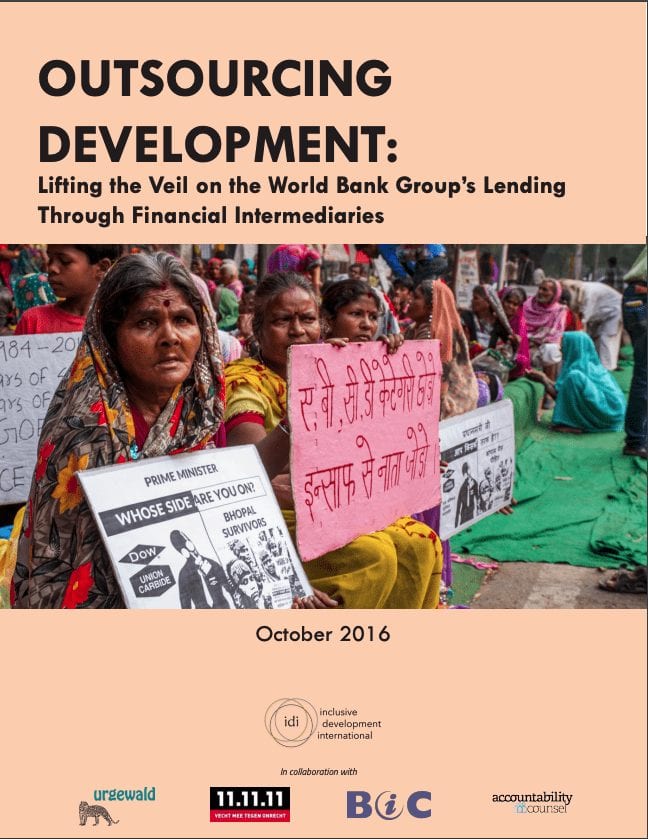 Lifting the Veil on the IFC’s Harmful Private-Sector Lending

Faced with the evidence and a steady stream of complaints, the IFC committed to weaning its clients away from investment in coal.

Facing a large body of evidence and relentless pressure from our campaign, the IFC has begun implementing a number of key reforms that we been advocating for over the past decade.

We continue to work with our coalition partners to ensure these commitments are met – and that when harm occurs, affected communities can access justice.  We will also continue to push the IFC to codify these reforms in IFC’s Sustainability Policy and take them further, including by expanding the scope of the Green Equity Approach to cover all fossil fuels and all types of financial sector investments.

Stop #ESGreenwashing: Demanding that responsible investment does what it says