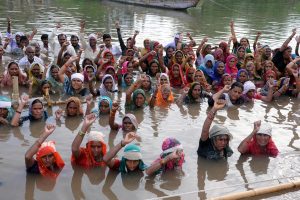 (September 12, 2020) – Inclusive Development International has submitted Joint Comments on Realizing the Right to Effective Remedy within the IFC/MIGA Accountability Framework to the World Bank Group's Board of Directors.    The comments, which we prepared along with Accountability Counsel, Bank Information Centre, Center for International Environmental Law and the Arab Watch Coalition, were submitted in response to a public consultation on strengthening environmental and social accountability at the two private sector arms of the World Bank - the International Finance Corporation (IFC) and the Multilateral Investment Guarantee Agency (MIGA).

An External Review of IFC and MIGA's Environmental and Social Accountability, including the role and effectiveness of  the Compliance Advisor Ombudsman (CAO), was commissioned by the Bank's Committee on Development Effectiveness in 2019.  The Review was led by an independent group of six experts in private sector development, multilateral institutions, and environmental and social sustainability.  The Review Team's Final Report was publicly disclosed by the bank in August 2020, along with an invitation for public comments on its recommendations.

The Review team concluded that “most CAO non-compliance findings do not lead to effective remedy,” which it attributed primarily to the IFC’s failure to address project-level compliance findings and fulfill its remedial responsibilities when harms occur.  This reflects the experience of many affected communities seeking redress for adverse impacts associated with IFC/MIGA-supported projects through the CAO complaints process, including those that Inclusive Development International have supported.

Our submission discusses concrete reforms that IFC/MIGA should consider, including various funding options to enable effective remediation when harms occur due to projects supported by IFC/MIGA.   Above all it highlights the critical need for remedy for harms to be centered on the needs of communities affected by projects, and to be tailored and flexible enough to respond to those needs and to project circumstances.

The submission supports the Review’s findings that correction of non-compliance and remediation of harm are key objectives of independent accountability mechanisms at development finance institutions, including the CAO. This is in line with the UN Guiding Principles on Business and Human Rights and aligns with recent developments in the normative framework governing the human rights responsibilities of financial institutions with respect to remedy.

As the External Review recommends, the remedy framework should include a mixture of project-specific measures required of the IFC/MIGA client to ensure that funds are available for remediation if harm materializes.  Our submission lays out several options for realizing this recommendation, including environmental and social performance bonds, insurance products, and escrow funds.  Each of these options would ensure that resources are available when they are needed to remediate anticipated and unanticipated damages, even in the event that the project sponsor becomes insolvent or the IFC/MIGA financial interest in the project has ended.  We also join the Review Team in calling for the creation of an IFC/MIGA financed remedial fund to support communities harmed by their projects where the project sponsor is not willing or able to remediate or compensate for the harm, and /or where it has been demonstrated that the harm was caused by IFC/MIGA’s non-compliance with its policies.

We are calling on the IFC/MIGA Board to endorse the recommendations by the External Review Team and ask the Board to instruct IFC/MIGA to propose an implementation plan for public review and input.

The full submission with detailed recommendations for reform is available here,