Share on facebook
Share on twitter
Share on linkedin
ANZ Banking Group violated its own policies and international human rights standards by financing a Cambodian sugar company that seized land from local farmers, according to a statement released today by an Australian government body 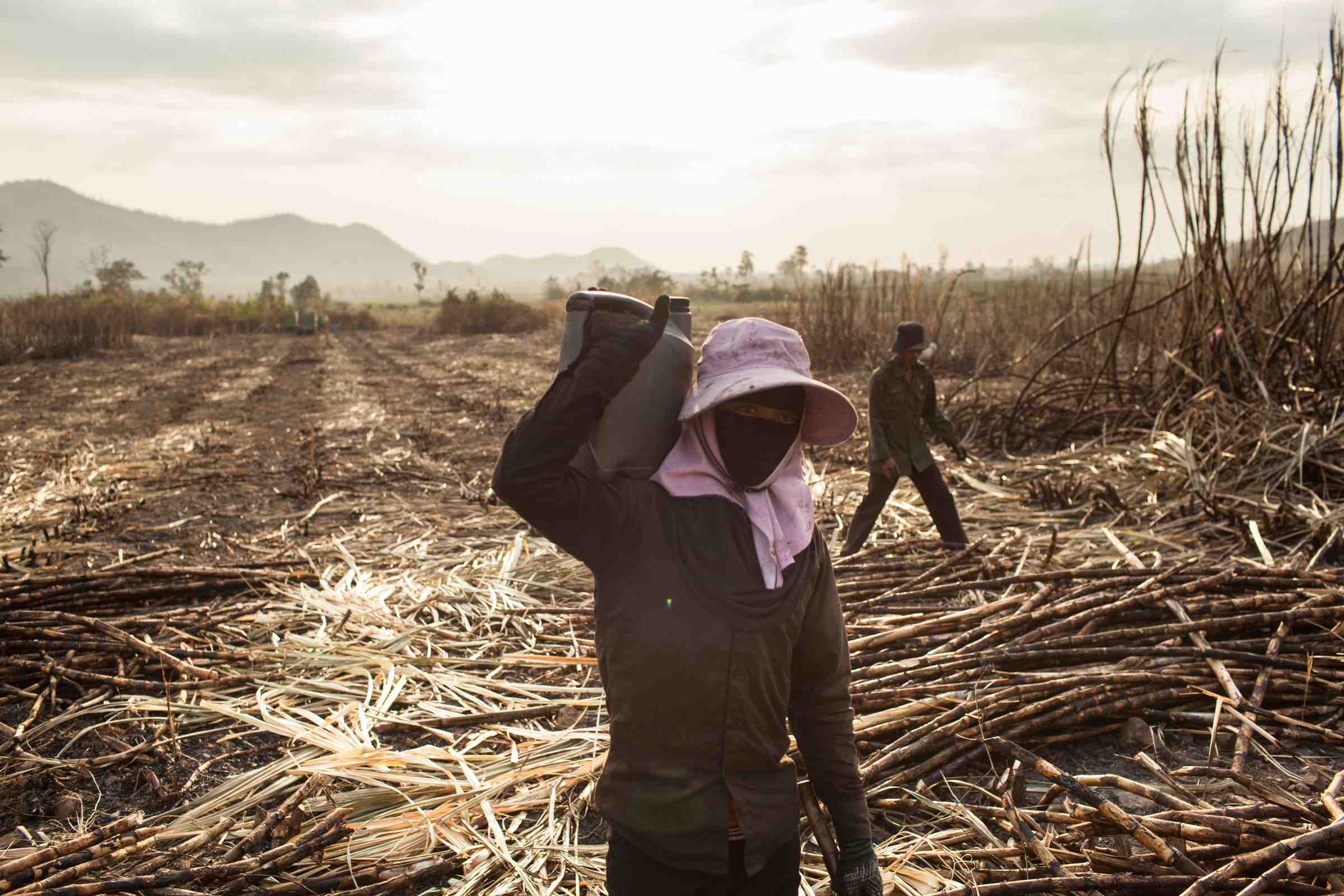 ANZ Banking Group violated its own policies and international human rights standards by financing a Cambodian sugar company that seized land from local farmers, according to a statement released today by an Australian government body that monitors corporate behavior overseas. In a rare rebuke of a commercial bank, the Australian National Contact Point found it “difficult to reconcile” ANZ’s decision to finance Phnom Penh Sugar with the bank’s internal rules and the OECD Guidelines, an ethical business code that the Australian government has endorsed.

In 2011, ANZ provided a $40 million loan to Phnom Penh Sugar, which had forcibly displaced hundreds of local farming families and employed school-aged children in dangerous conditions at its sugarcane plantation in southern Cambodia. The human rights risks of doing business with the sugar company “would likely have been readily apparent” to ANZ, according to the findings. English-language media had regularly reported on the company’s role in land seizures and forced evictions prior to the loan.

The Australian National Contact Point, established as part of the country’s membership in the OECD, receives complaints against Australian corporations operating overseas. Equitable Cambodia and Inclusive Development International, which filed the complaint on behalf of 681 affected families, welcomed the decision, which was nearly four years in the making, but noted that it fell shortof explicitly calling on the bank to provide concrete remedies for the harms it contributed to.

“This decision makes clear what should have been obvious to ANZ at the time: it should not have financed a company that was involved in a land conflict with thousands of local farmers,” said Eang Vuthy, Executive Director of Equitable Cambodia. “While this offers some measure of vindication for the families, it doesn’t address their immediate situation, which remains desperate.”

Nearly a decade after being forcibly displaced, most of the families have received little to no compensation for their losses, including their homes and land and years of missed crops and income. With few viable options, some have accepted grueling, hazardous employment in the sugar plantations where their rice fields once stood. Nearly all are worse off than before being displaced.

The affected families are calling on ANZ to divest the profit from the loan and grant it to the families to help them restore their livelihoods. This is in line with guidance issued by the OECD that calls for financiers of projects that contribute to human rights violations to contribute to a remedy.

“ANZ, a bank that touts its human rights standards and has made billions of dollars in Asia, should now publicly accept its share of responsibility for the harms caused to Cambodian farmers and provide commensurate compensation to the victims,” said Natalie Bugalski, Legal Director at Inclusive Development International.

In the years after ANZ provided the loan, Phnom Penh Sugar continued to harm local people, including through further seizures of private farmland and crops, clear-cutting of protected community forests, and the widespread use of child labor on its plantations. ANZ contends that it exited its financing relationship with Phnom Penh Sugar in 2014 after unsuccessful attempts to encourage the company to address the situation.

The reality is quite different, the families and their advocates say.

“We did not see ANZ take sufficient action to convince its client, over which it had financial leverage, to make things right. When public pressure on the bank increased, ANZ simply announced that it had exited its relationship with Phnom Penh Sugar, rather than standing by its own corporate standards,” Bugalski said. “This decision to cut and run does not absolve ANZ of its responsibility to contribute to remediation of the suffering from which it profited.”

Joseph Wilde-Ramsing, Coordinator of OECD Watch, an international corporate accountability network, said: “According to the OECD Guidelines, when a bank contributes to an abuse, it is also responsible for contributing to the remedy. Here we have what appears to be a cut and dry case of an Australian bank contributing to harms of a vulnerable community in Cambodia, and ignoring its responsibilities under the Guidelines.”

Inclusive Development International and Equitable Cambodia filed the complaint in October 2014. The body acknowledged that the process took an “unacceptably long time” and promised future improvements in performance.

The Australian National Contact Point concluded its statement by calling on the bank to strengthen its due diligence systems and instigate “methods to promote and demonstrate internal compliance with its own stated corporate standards with respect to human rights….” It also recommended that ANZ establish a grievance resolution mechanism “as a way of demonstrating that its actions are consistent with community expectations around the accountability of multinational enterprises in this area.” ANZ was requested to report back to the Australian National Contact Point on its actions in response to each of these recommendations in 12 months.

“This case really highlights the weak state of corporate accountability in Australia,” said Keren Adams, Director of Legal Advocacy at the Human Rights Law Center. “We welcome the fact that the National Contact Point has called out ANZ’s reckless behavior for what it is and called upon the bank to improve its human rights due diligence processes moving forward, but this is ultimately just a slap on the wrist. If the National Contact Point is serious about improving corporate accountability, it must go much further when it finds violations, including by calling for adequate redress for harm caused.”

Last year, the Australian government commissioned an independent review which found that the Australian office “ranked among the poorest performing National Contact Points internationally” and recommended sweeping changes to improve the way it handles complaints. A year later, the government has yet to respond to the recommendations.