An investigation by the bank’s internal watchdog warns that the proposed Dairi Prima Mineral mine, backed by the China Nonferrous mining group, threatens local and indigenous communities and the environment. 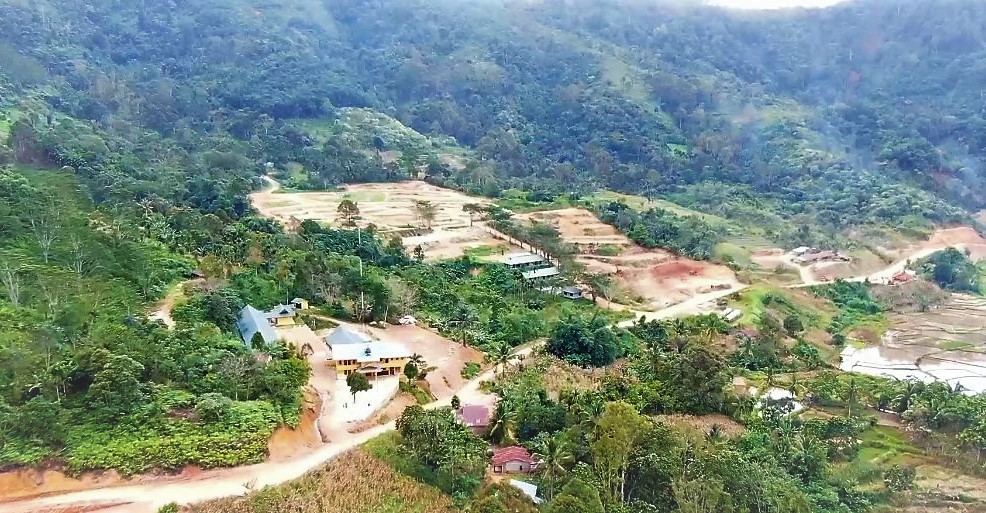 >> Read this release in Indonesian

A World Bank investigation has concluded that a zinc and lead mine being developed in North Sumatra, Indonesia by Dairi Prima Mineral, a subsidiary of China Nonferrous Metal Industry’s Foreign Engineering and Construction (NFC), poses “extreme” risks to nearby communities. Of particular concern is a planned tailings dam meant to store the toxic byproducts of mining activities, which experts say is almost certain to fail. The investigation report notes that such a failure “could result in significant and potentially irreversible impacts on the lives and livelihoods of several thousand villagers located downstream.”

“The World Bank has confirmed that the Dairi mine is a disaster waiting to happen,” said Mr. Tongam Panggabean, Director of BAKUMSU, a legal group in North Sumatra that is acting as legal representative for local communities that oppose construction of the mine. “If the Indonesian government greenlights this project now, it’s clear they are willing to sacrifice these communities’ safety to big business.”

The investigation was undertaken after local communities opposed to the project filed a complaint with a World Bank internal watchdog, the Compliance Advisor Ombudsman. The complaint was filed after an investigation by Inclusive Development International revealed financial ties between the International Finance Corporation (IFC), a World Bank Group member, and the mine developer, Dairi Prima Mineral, through financial intermediaries. The complaint argued that according to IFC’s own policy, the mine’s developers should be required to comply with World Bank standards for social and environmental protection.

After the complaint was submitted, the mine’s owner ended its financial relationship with IFC’s intermediary, Postal Savings Bank of China, which avoided a fuller investigation. Nonetheless, the Ombudsman reports multiple damning findings in its compliance appraisal report:

These findings align strongly with prior assessments conducted by two global experts. Richard Meehan, a world-renowned expert on dams in areas with seismic activity has suggested that any tailings dam in the location Dairi Prima Mineral has proposed is almost certain to collapse because of unstable foundations, regardless of design. Steve Emerman, an expert on lead-zinc mine environmental issues warns that such a collapse would likely lead to widespread deaths in surrounding communities and long-term environmental destruction.

People living near the mine are infuriated. “We have never agreed to this enormously risky mine. We have never been given an opportunity to decide about this project,” said Ms Rainim Purba of Pandiangan Village. “It has the potential to kill us, and we have made it abundantly clear that we do not want this dangerous mine and its hazardous waste stored in our backyard.”

Role of the Indonesian Government

Changes to the project, including a new location for the tailings storage facility, require environmental approval from the Indonesian government to proceed and for the mine to legally operate. But the Ministry of Environment and Forestry has not yet received requested revisions to Dairi Prima Mineral’s Environmental Impact Assessment. The company’s prior risk analysis was called into question during hearings before a Central Environmental Impact Assessment commission in May 2021, at which point the ministry asked the company to submit a revised Addendum.

“According to one expert opinion after another this proposed mine is far too dangerous to be developed in any form.  Clearly environmental approval should not be forthcoming,” said Natalie Bugalski, Legal and Policy Director at Inclusive Development International. “The CAO’s findings should be the death knell for the Dairi Prima Mineral mine.”

As the majority owner of Dairi Prima Mineral, the state-owned China Nonferrous Metal Industry’s Foreign Engineering and Construction (NFC) has been deeply involved in the company’s management and operation. It is also the mine’s engineering, procurement and construction contractor. In its report, the CAO concludes that NFC has effective control of Dairi Prima Mineral and is specifically responsible for the mine’s construction.

While the company has not yet submitted the revised Environmental Impact Assessment Addendum to address outstanding risk issues, as requested by the Indonesian government, NFC claims that it has secured loans for the mine and has pressed ahead with the project. Despite lacking approval, Dairi Prima Mineral has acquired land for the tailings storage facility and has begun work that local experts, including BAKUMSU, the national mining network (JATAM), and the Indonesian Center for Environmental Law, believe to be unlawful under Indonesian law. The project is proceeding also despite the fact that the planned facility clearly fails to meet China’s domestic safety policy that strictly prohibits any new tailing dams within 1 kilometer upstream of settlements.

“The publication of this independent expert report should be a wake-up call to the Indonesian government, the project developers and lenders, none of whom can now claim ignorance regarding the severity of the risk to human life,” added Bugalski. “Any further development and finance granted for the project would be deeply irresponsible and leave the developers and lenders exposed to significant financial, reputational and legal risk.”