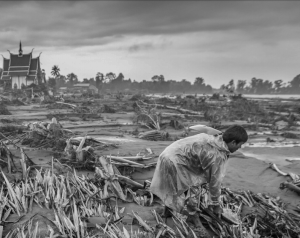 (Bangkok, July 23, 2020) –  Two years ago today, at least 70 people died or disappeared and over 7000 were displaced when a dam collapsed in Laos, submerging homes, families and entire villages under a rushing wall of water. On the second anniversary of the disaster, those affected are yet to see justice. Inclusive Development International joins International Rivers and Mekong Watch in demanding redress for survivors and accountability from the responsible States, developers, financiers and insurers.

The Xe Pian-Xe Namnoy project is now operational and exporting electricity to Thailand. The dam collapse prompted only a brief delay in the project construction, with project developers pushing forward to reassure their shareholders, meet contractual obligations, and start generating revenues by the first quarter of 2020.

Meanwhile, thousands of people who lost family members, homes, land and livelihoods in the tragedy remain in difficult conditions and without answers or accountability from those responsible for the disaster. Displaced families continue to reside in temporary housing and face food shortages and inconsistent access to water. Many are yet to receive full compensation for the losses and harm suffered. Across the border in Cambodia, where the floodwaters from the collapse affected thousands of people and destroyed homes and property, there has been no official recognition of the damage or compensation provided to those affected.

“It is unconscionable that the survivors of the dam collapse still face such hardship and uncertainty over their future” says Maureen Harris, Programs Director at International Rivers. “The compensation for survivors must be sufficient to cover all losses and harms, and include a credible claims process to fully restore the livelihoods of the affected people. The process should be culturally appropriate and include protection against reprisals.”

Information surrounding the causes of the Xe Pian-Xe Namnoy disaster remains opaque. The Lao government-commissioned independent expert report pointed to construction problems as prompting the collapse. The project developers have denied the report’s findings but have been unable to offer any other evidence-based explanation. The project’s current operations, and lack of information about structural changes or material reinforcements, also raise concerns about the safety of the structure and the threat of another failure.

“Although the failed Saddle Dam ‘D’ has been replaced, the equally unstable Saddle Dams E and F have not been replaced as of mid 2020, with no explanation from the power company or Lao authorities, says Richard Meehan, a dam safety expert and lecturer at Stanford University. “It is not likely that the project can be safely operated until this is done.”

In addition, little information is publicly available regarding the project’s insurance payout, expenditure of donations and humanitarian relief funds, the ways compensation is determined and allocated and the provision of land and new housing.

Civil society organizations monitoring the dam collapse have repeatedly sought to engage the business stakeholders involved in the project, including project developers, investors, financiers and insurers, seeking responses to letters, invitations to dialogue, and in person submissions to headquarter offices. Limited response has been received to date. Letters from several UN human rights experts to the governments of Laos, Korea and Thailand and business actors and financiers involved in the project in April 2020, urging them to address ongoing human rights violations experienced by the survivors of the dam collapse, have also gone largely unanswered.

“We urge the project’s developers and financial backers to be accountable for the losses and injustice by engaging meaningfully with affected communities and concerned members of civil society” says Yuka Kiguchi, Director of Mekong Watch. “Time-bound commitments and transparent allocation of funds are needed to show they will fully support people in restoring and sustaining a dignified future.”

Additional Information
On 23 July 2018, an auxiliary dam of the Xe Pian-Xe Namnoy Hydropower Project in Laos’ Champasak province collapsed, unleashing a wall of water that left 49 dead and 22 missing. The floodwaters displaced thousands of people, inundating homes and villages. Over 7,000 people in 19 villages in downstream Attapeu province experienced immediate loss and long-term damage to their houses, property, and farmlands. The floodwaters from the dam collapse flowed into the Sekong River and across the border into Cambodia, where an estimated 15,000 people were also affected by damage to homes and farms, loss of property and livestock.

Information about the Lao dam collapse and its tragic aftermath is documented in the report by International Rivers and Inclusive development International, Reckless Endangerment: Assessing Responsibility for the Xe Pian-Xe Namnoy Dam Collapse.