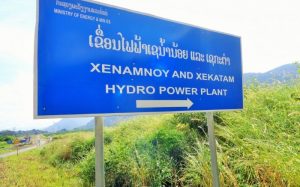 (May 1, 2020) – Nearly two years after the collapse of the Xe Pian-Xe Namnoy dam in Laos, a group of United Nations (UN) experts is calling on governments and businesses to address ongoing human rights violations experienced by survivors of the disaster.

“Thousands of survivors lost everything and continue to face uncertainty and neglect,” the statement from the experts read. “Governments, as well as companies and banks, stand to profit handsomely from the hydropower project, yet communities who lost everything have received only broken promises.”

In July 2018, the hydropower dam in southern Laos collapsed, destroying 13 villages, killing 71 people and displacing at least 7,000 more. The government promised survivors compensation and land where they could rebuild their lives, but two years later, many residents are either still living in relocation centers or have abandoned them as conditions deteriorate.

Radio Free Asia spoke with survivors at a number of relocation centers in late April, many of whom described uninhabitable conditions.

“The shelter is uninhabitable because it’s too hot, it’s dirty, it smells, and has no access to water,” one woman said. “We’re all scared that we might catch some disease.”

“Another problem is that the rice is rotten,” said another local resident living in a relocation center. “Now they are saying that our rice might smell a little but it is still edible…We have no choice but to eat [rotten] rice like prisoners. Many people sell the rotten rice to the brewery to buy better and more expensive rice [in smaller amounts].”

The Lao government has largely acknowledged the shortcomings in the recovery efforts, promising to do what it can to improve conditions and ensure compensation. But as the country struggles to prevent the spread of COVID-19 and address its impacts, the government has few resources to spare.

“Community members, including indigenous peoples, have yet to receive adequate compensation and remain in substandard temporary housing with little privacy and inadequate access to food, water, medical supplies, sanitation and land,” the UN experts said of the situation. “People reportedly have not been meaningfully consulted about relocation or provided with a timeline.

Last year, the government allocated a 20-by-40-meter plot of land to many survivors and announced plans to build houses on the plots but as of April, only 36 homes have been constructed.

The district chief of Sanamxay, where some of those relocated are living, told Radio Free Asia that survivors will likely not receive the rest of the compensation they have been promised until after the COVID-19 pandemic “is over.”

The UN calls on dam developers, governments to follow through

The UN experts called on the businesses involved in the Xe Pian-Xe Namnoy dam to do more to provide compensation for the people impacted by the disaster and to ensure their rights are respected.

The hydropower project was a joint venture by South Korean companies Korea Western Power and SK Engineering & Construction, Thai firm Ratchaburi and Lao Holding State Enterprise. The US$1 billion dam also had financial backing from the Export-Import Bank of Korea and four Thai banks—Krung Thai Bank, the Bank of Ayudhya, Thanachart Bank and the Export-Import Bank of Thailand.

“It is absolutely outrageous that so little has been done, despite government assurances and the deep pockets of the investors involved,” the UN experts wrote this week. 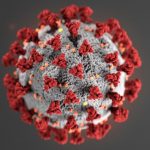 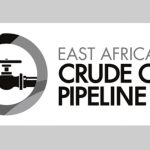 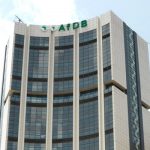